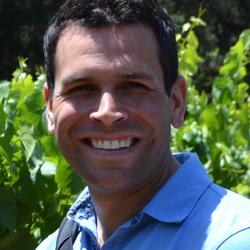 Professor Nicholas Tosca from the University of Cambridge is the only UK scientist selected by NASA to be part of the core science team for the Mars Perseverance 2020 mission, which is searching for signs of past life on the red planet.

The Mars 2020 Participating Scientist Program brings together scientists from different research fields to determine the habitability of the ancient Martian environment by looking for biosignatures – signs of possible past microbial life – and environmental data within rocks collected on Mars.

When the rocks are returned from Mars, it will mark the first time that scientists on Earth get the chance to examine Martian rocks in person.

Tosca’s role in the science team will be to reconstruct the early climate and environmental conditions in which early Martian life may have first stirred.

The Mars 2020 Perseverance Rover launched last July and will land on 18th February 2021 at the Jezero Crater, which is believed to contain sedimentary rocks formed in an ancient lake. The rocks, which are thought to be over 3.5 billion years old, contain vital clues about the Martian environment and the planet’s geological processes.

“Jezero is the best place to look because most scientists who are interested in the early surface of Mars think that an ancient lake is an ideal setting to preserve evidence of life,” said Tosca.

The rover will drill pencil-sized tubes of rock from the ancient lake, which will be stored in sealed tubes for pickup by a future mission that will ferry them back Earth for analysis. The current plan – a joint campaign between NASA and the European Space Agency – is for the Martian samples to be returned to Earth within 10 years.

“We’ve got very specific questions, and we think this mission will provide us with some of the answers,” said Tosca. “The fact that we may actually see these samples and study them, in my own lifetime, is just mind-blowing. When I told my son about it, I think we pretty much both had the same reaction. I kind of felt a five-year-old’s excitement in terms of what discoveries this mission might bring, and just that raw curiosity and interest in other worlds that most of us had when we were that age.

“This mission is the first step towards sending samples back from Mars – we won’t fully know how those samples preserve biosignatures until they are back in the lab, but we will be able to use rover instrumentation to select samples we think offer the best chance of preserving evidence of ancient microbial life and the chemical signatures it may have left behind.”