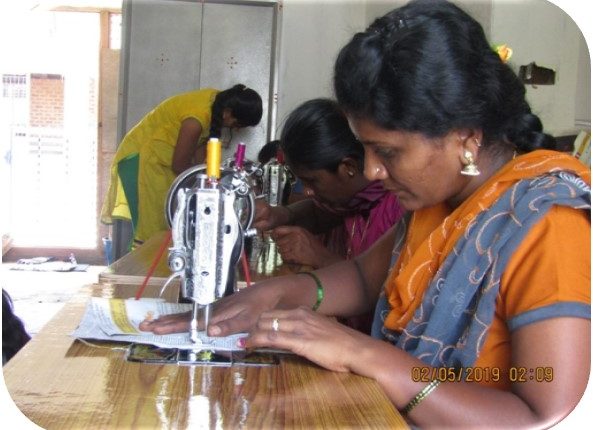 National: Acknowledging women and further accelerating women equality, Canon India has announced a slew of initiatives for women in their adopted communities on the occasion of International Women’s Day. Leading the charge towards women empowerment, Canon has organized month-long initiatives panned out in March that include Employee Engagement activities & interactive sessions with the community women from its adopted villages in Annadodi near Bengaluru and Maheshwari in Haryana.

The initiatives include an interactive session on women’s menstrual health and sanitation that will address the importance to break the taboo around menstruation. The virtual session will involve Canon’s women employees educating the women from its adopted villages on the discriminatory practices that needs to be ended to ensure that menstrual health of women and girls is protected. Additionally, Canon employees will also conduct a session across Annadodi and Maheshwari villages to impart the importance of gender diversity in these evolving times and how the world is becoming gender agnostic with greater equality. These sessions will be organised with the youth community, with an objective to teach them at an early age, to bring about a societal difference in current and upcoming generations.

Further, in line with its focus on ‘Empowerment’ under its 4Es CSR policy, Canon through its NGO partner will be imparting basic stitching skills to women in Annadodi village. The sessions will train them to create face masks, with a good thrust on women entrepreneurship.

Canon India’s CSR endeavors are driven by their corporate philosophy of ‘Kyosei’, which mean the ‘spirit of living and working together for the common good’, which is considered foremost in the organization’s way of working and day-to-day operations. However, their definition of the word is much broader and encompasses “all people-regardless of their race, religion or culture, harmoniously living and working together for the common good.” Moving forward with this philosophy, they believe in standing in unison when it comes to their commitment to the community and strive to make a positive impact in the society and the environment. The organization is involved in various community welfare programs aligned with their 4Es CSR policy implying Education, Eye Care, Environment and Empowerment, in an effort to build progressive self-reliant communities. Along with ‘Adopt a Village’ project, the organization is also associated with SOS Children’s Village across the country to encourage and support the overall development of children in these villages.

The flagship ‘Adopt a Village’ initiative was launched in 2012, through which Canon India undertakes the task of overall development of the villages across North, East, West and South India for a certain period of time for the holistic development of the society. At present, Canon India has four adopted villages which includes Maheshwari in Haryana, Parivali in Maharasthra, Anadodi in Karnataka and Sol Gohalia in Kolkata.