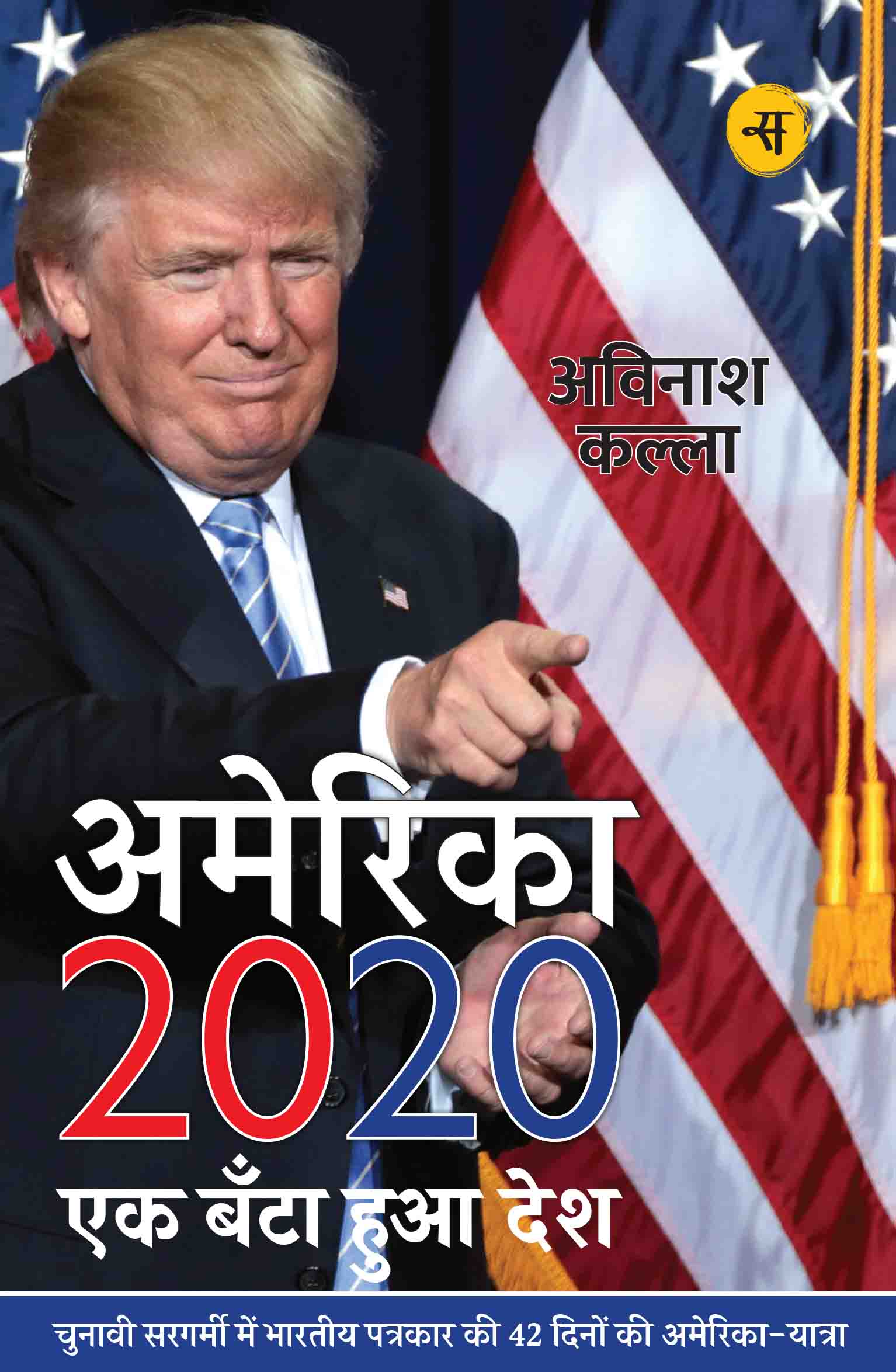 New Delhi: In the presidential elections of 2020, instead of money, America chose those values and principles for which the identity of its democracy is known in the world, said Avinash Kalla, the author of the book ‘America 2020: Ek Banta Hua Desh’.

Kalla was talking to senior journalist Sanjay Pugalia on the virtual launch of the book organized by Rajkamal Prakashan Samuh. While traveling through various states in the US during the presidential elections of 2020, Kalla has written an eye witness account of American politics and society. In his book, he says that the reality of America, the world’s oldest democracy, is not limited to its image what is shown in the media. There is a lot that does not match the much-publicized image of the world’s most developed, rich, and powerful country.

Replying to a question asked by Puglia, Kalla said that he talked to Americans who said they don’t trust their fellow Americans. This mistrust became apparent with the attack on the Capitol on 6 January. The American people attacked their own parliament. Kalla said, for this reason, he chose to mention America is a divided country in the title of the book. I wanted to show the division amongst the American public. It can also be understood from this that there are more military personnel in Washington than in Afghanistan.

Ek Nadir Roznamcha: Glancing through an Important Page in…

Kalla said, but ultimately America chose to stand by its principles. While traveling he came across many people who praised Trump’s economic initiatives, but Joe Biden’s victory made it clear that capitalist America chose principle over money.

Kalla said that one of the things which can be learned from the American democracy is that a journalist can stand in front of the President and tell him that he is lying; and still, the rule does not stop him.

America 2020: Ek Banta Hua Desh is Kalla’s first book and is being published by Sarthak an imprint of Rajkamal Prakashan. Before writing the book Kalla traveled about 18 thousand kilometers by road in America during the presidential elections 2020. Not only did he record various aspects of the politics there, but also has closely documented the life struggles of the common American people.

Kalla said, we have a glittering image of America in front of us. We see it as a superpower and the richest country in the world. This way, it is seen as a country of possibilities for people of all the countries of the world including India, where one can make one’s dreams come true. But this image is just one side of the coin. From what I saw while traveling through various states of America during the presidential elections, a completely different image emerged of the US which I have written in this book.

This book tells that instead of taking steps on issues related to broad civic interests, American politicians also are well-versed in the skill of using such issues for their political interests as political weapons. Had it not been so, the COVID 19 situation would have been a health issue instead of becoming a political issue. The book also narrates that how like India, most farmers, students, pensioners are facing economic problems in America.

Kalla says, I have only written what I saw and experienced. America’s reality destroys our fantasies about it.

This book shows that the 2020 US presidential elections brought to the surface the divisions present within the American public on many issues like racism, public health, employment, nationalism. In addition, it also underscores the power of American democracy, when the President trying to move on the path of autocracy was thrown out of power.