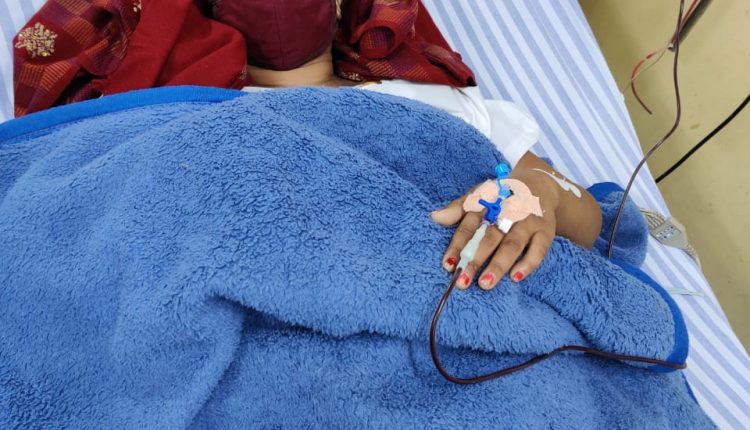 VARANASI : A healthy heart paves way for a healthy and healthy life. Doctors at Department of Cardiology of Institute of Medical Sciences, Banaras Hindu University, are putting in their best efforts to realize this statement as and when an situation arises. With the same spirit and dedication, a team of the department led by HoD Prof. Om Shankar saved a precious life on 29.01.2022, of a 35-year-old woman who was suffereing from a rare heart disease. The condition of the woman who hailed from Azamgarh, Uttar Pradesh, was so severe that she wasn’t even able to walk a few steps without an unbearable chest, jaw and upper limb pain. All the symptoms pointed towards a serious heart disease. She had already got her angiography done in a private hospital, which revealed a serious condition of a heart ailment, also difficult to treat locally, hence she was referred to the Cardiology Department, Sir Sunderlal Hospital, BHU.

University of Sydney: Your morning coffee could hasten…

University of Sydney: Reducing the risk of stroke and heart…

According to Prof. Om Shankar, for a woman of her age who neither consumed tobacco, nor was a smoker or suffering from hypertension, Diabetes and Takayashu disease, without having a family history of cardiac disease or any serious disease of heart blood vessels, it was surprising, rather alarming for health administrators and policy makers, to see such a case.

Her angiography revealed that the most important artery of her left side of heart (Osteal Left main), was seen to be narrowed to the thread-like structure (shown with red arrow in the first picture).  This type of heart disease is considered to be the most serious and many people facing similar conditions often become victims of untimely deaths due to sudden cardiac arrests.

Considering the severity of the disease, only two treatments were possible in this case:

After a lot of brainstorming, the team led by Prof. Om Shankar, decided to conduct angioplasty on her, which was a really challenging task. The condition of the artery was difficult to negotiate through the wires. Then the position and alignments of the blood vessels was such that it was also quite a task to determine where to place the stent? Even a slight mistake in this procedure could have cost the patient’s life within a matter of minutes.

Finally, her narrowed vessel was opened up with the help of wires, ballons and stents by inserting a needle into the artery of the hand. Immediately after angioplasty patients became completely healthy, that too without any incisions and only at a cost of Rs. 50 thousand.

So by overcoming all the challenges, the team was able to save the patient’s life. The thread-like artery was broadened into thicker than any other arteries of her heart.  (May be seen in the second picture, the red arrow mark and be compared with the first picture).

University of Sydney: Reducing the risk of stroke and heart problems…

Cardiff University: High-speed internet led to a decline in civic and…

Cardiff University: Urban greening ‘not a panacea’ for dealing with…