Members of Stanford’s Native American community will lead the university in an online celebration of the 50th anniversary of the Stanford American Indian Organization (SAIO) on Wednesday, Oct. 21, at 5 p.m. 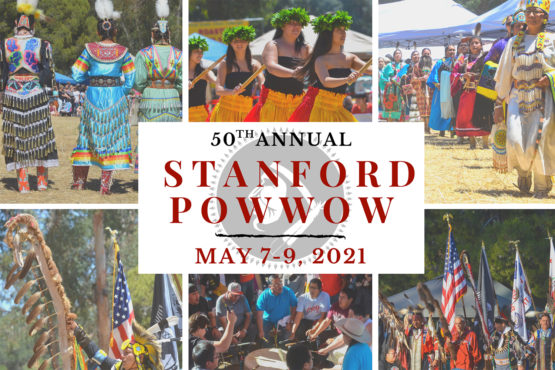 Stanford Powwow, which is sponsored by the Stanford American Indian Organization, brings Native American dancers, singers and artists from across the United States and Canada to the Arboretum for a celebration of indigenous culture. It will celebrate its 50th anniversary in May 2021. (Image credit: Courtesy the Native American Cultural Center)

The group’s creation came in the wake of the Occupation of Alcatraz Island in November 1969, which was a protest for Native American rights – primarily organized by Bay Area college students – that helped spur nationwide activism.

After forming, SAIO mobilized quickly and, within its first months, led the effort to remove Stanford’s Indian mascot and hosted Stanford Powwow to bring a diverse Native presence to campus. Powwow has since become among the most popular and successful public annual events at the university.

“For 50 years and beyond, Native students at Stanford have actively engaged in building community and indigenizing the academy in all corners,” said Karen Biestman, associate dean and director of the Native American Cultural Center.

“They have led strategic institutional change movements – like the Indian mascot and Serra name removal – championed excellence and wellness inside and outside of the classroom, fostered belonging across generations, hosted the largest student-run Powwow in the country and elevated timely issues in Indian Country through engaged learning, advocacy and service,” she added. “They’ve built friendships and networks of allies that last lifetimes.”

After its founding in 1970, SAIO, buoyed by an increase in Native student enrollment, hosted its first Stanford Powwow, which brings Native American dancers, singers and artists from across the United States and Canada to the Arboretum for a celebration of Indigenous culture. According to the website of the Native American Cultural Center, the Powwow also gave students the opportunity to counter the negative stereotypes invoked by the university’s Indian mascot. 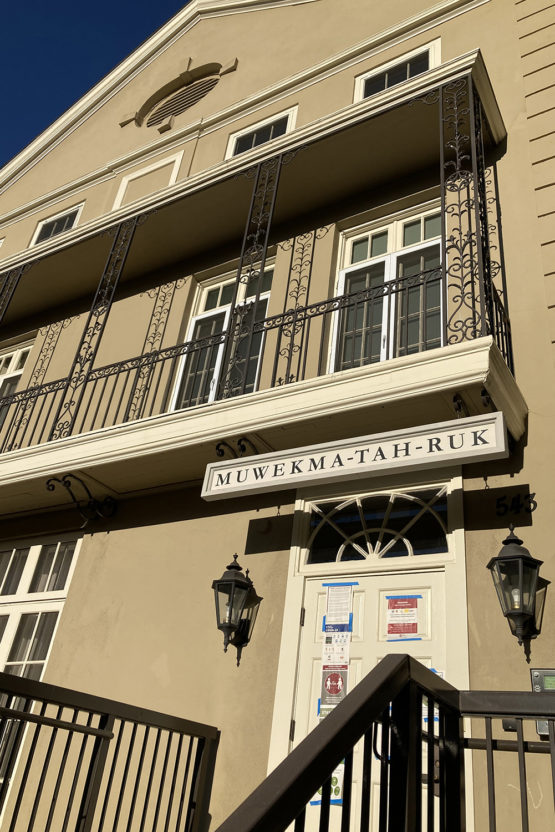 Muwekma-Tah-Ruk – the House of the People – located on the Row, celebrated its 30th anniversary in 2018. The Stanford American Indian Organization was key to its establishment. (Image credit: Kate Chesley)

In 1974, the Native American Cultural Center opened as SAIO’s headquarters in the Clubhouse. Meanwhile, a Native American theme house moved from Florence Moore to Wilbur back to Florence Moore to Roble and on to Robinson House. Finally, in 1988, SAIO drafted a proposal to the Office of Residential Education to establish Muwekma-Tah-Ruk – the House of the People – on the Row, where it celebrated its 30th anniversary in 2018.

Biestman calls 2019 a “highwater mark” for Stanford’s Native American community. During that year, the Board of Trustees accepted a committee’s recommendations to rename three campus landmarks bearing the name of Junipero Serra.

“This was done in recognition of ongoing harm to and respect for Native students,” Biestman said. “The high point in the process was an Indigenous Peacemaking Circle with the Renaming Committee led by undergraduate Carson Smith. The experience brought faculty, staff and students together, grounded in common values. It advanced mutual understanding and community healing. The three renaming ceremonies cemented the ethical collaboration and goodwill that emerged from the several year process.”

Today, the number of Native American students at Stanford approaches 400 and includes about 50 diverse tribes and island nations, Biestman said. There are more than 2,000 Native American alumni.

“We are highly visible, active and innovative at Stanford and beyond,” she said.

The panel discussion is just one of several remote events the Native American Cultural Center and SAIO have sponsored to celebrate the group’s 50th anniversary.

Beginning in May 2020, a series called 50 for 50 was initiated featuring interviews by Muwekma-Tah-Ruk resident fellow Shoney Blake of Indigenous alumni. Each week, alumni have discussed their experiences at Stanford and lives after graduation. A recent interview, for instance, featured Aaron Yazzie, ’08, a mechanical engineer at NASA’s Jet Propulsion Laboratory in Pasadena who designs mechanical systems for NASA’s robotic space research missions.

The interview series will continue to May of next year when Stanford Powwow will also celebrate its 50th anniversary. According to Woodward, SAIO is simultaneously planning for both live and virtual events during Powwow. Also planned is a Stanford Indigenous Alumni Summit for May 2021.

GOVERNMENT MAKING SURE THAT THE GOAL OF EQUITABLE GROWTH IS REACHED: FINANCE MINISTER…

NUS Medicine and CNA developed documentaries about the School’s Translational…

Marking a decade of collaborations in university leadership