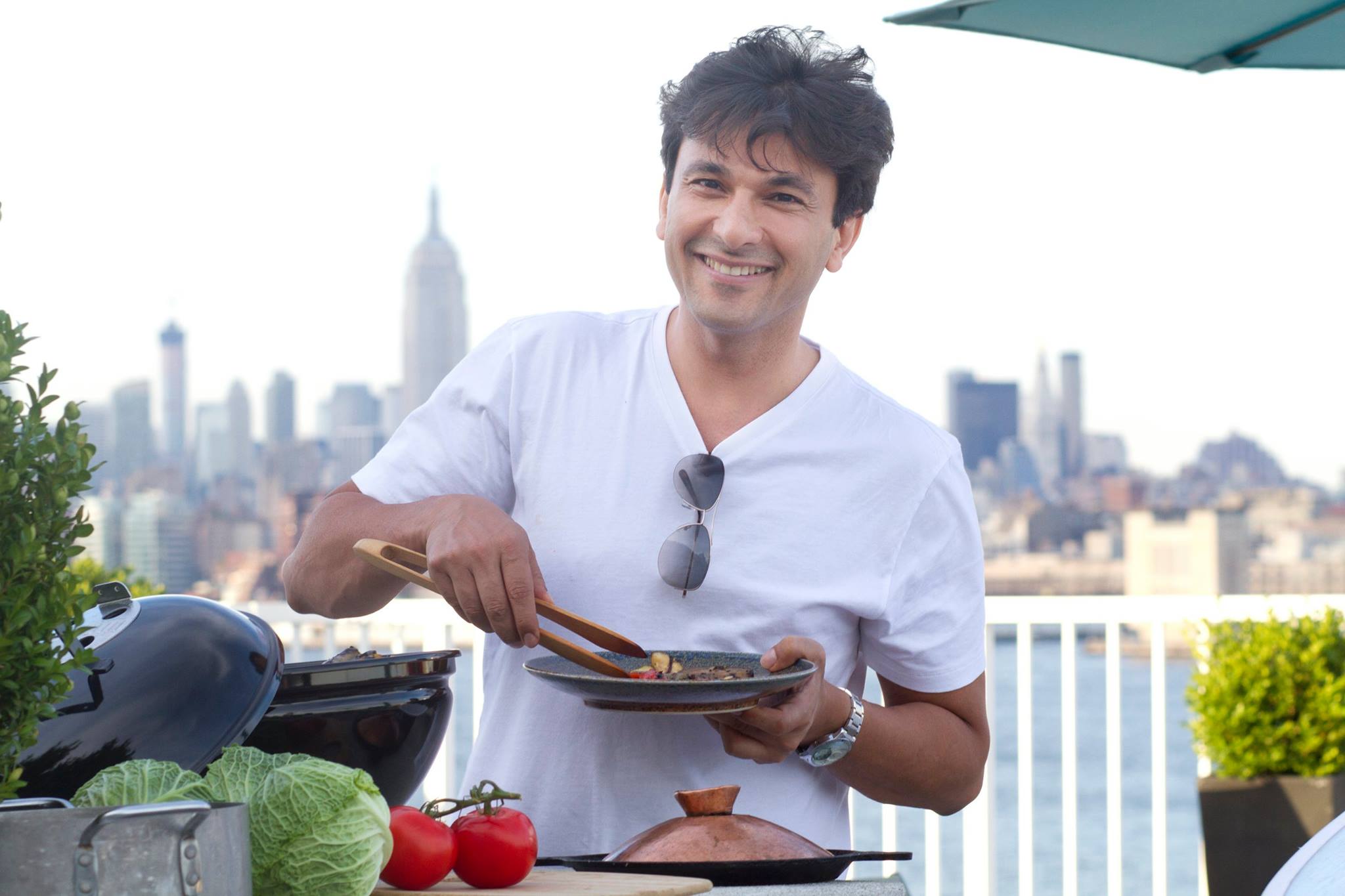 The 46year-old star, has been chosen in recognition of his outstanding record of culinary art, philanthropy, altruism and humanitarianism and his global reach as a chef. Chef Vikas has made significant impact on the lives of thousands of people advocating the cause of visual disability awareness, world hunger and education for children.

“This is the first time that GD Goenka University confers a doctorate, Chef Vikas Khanna has a great impact on culinary art and humanity, over the years, and he has carved a niche for himself as an artist, documentary filmmaker, humanitarian and a renowned Chef. We look forward to honor more such exemplary individuals who have achieved distinction in their fields and who will provide inspiration to our graduates and students.,”Prof.(Dr.) Shrihari, the VC of the university said.

Born with misaligned feet, Chef Khanna started his journey from rolling breads at the revered Golden Temple in Amritsar. He learnt the art of cooking from his grandmother in Amritsar and today in collaboration with his Alma Mater, WGSHA, Manipal Institute, Chef Khanna is setting up the world’s first Kitchen Arts and Tools Museum.

He is the host of MasterChef India, Twist of Taste on FOX Life, Junior Master Chef India aired on Star Plus. A prolific writer and a poet, Khanna has written 29 books ranging from ‘Ayurveda’ to having a conversation with HH Dalai Lama for his 80th birthday in ‘Timeless Legacy’ to his upcoming book of 100 food poems, “Poeatry.”

Chef Khanna has consistently been raising the bar to showcase the richness and diversity of Indian cuisine. His extensive travel and research has led him to work with historians, anthropologists, sociologists and today he is bringing about “Renaissance” with Indian food through his TV shows, books, and documentaries as well as in his restaurant. In May 2017, the trailer of Buried Seeds, a biopic on the life and journey of Chef Khanna was released at Cannes Film Festival and later at Venice Films Festival while the documentary will be ready by early 2018.

On hearing this news, Chef Khanna said, “I’m honored and delighted to get this recognition and love from GD Goenka University, Haryana, and tread in the world of academia with illustrious thinkers, leaders and personalities. I look forward to the University continuing on its path as a great learning institute, appreciating and encouraging philanthropic work and excellence across streams.”

He will also inaugurate the iHOST 2018, the 3rd International conference on Hospitality & Tourism, organized by Le Cordon Bleu School of Hospitality, GD Goenka University. iHOST 2018 has a focus on Sustainability & Innovation in Digitized World of Hospitality. The Conference will provide a unique global forum for academicians, chefs, industry leaders and key hospitality practitioners from diverse backgrounds to deliberate on critical issues that will affect the future direction of digitization in tourism and hospitality industry.

University of Copenhagen: Researchers will enlighten us about insurance and…

iednewsdesk Jan 25, 2022
With DKK 45 million (€6M) over the next 12 years, the University of Copenhagen has landed a historically large…