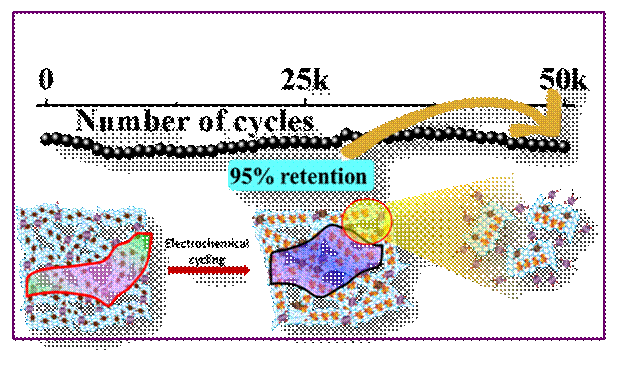 New Delhi: Scientists from Centre for Nano and Soft Matter Sciences (CeNS), an autonomous institute of the Department of Science and Technology (DST), have developed a substrate (the surface or material on which an organism lives, grows) for optical sensing applications using a gold nanostructure. Such substrates are sensitive to change in the refractive index of the surrounding medium and can detect biologically important molecules and chemicals in the laboratory. The glass substrate is decorated with gold nanostructure arrays and is embedded with intervening voids of increasing size along the length of it, which leads to tunability of the plasmonic resonances in the visible range.

The substrate has potential applications in chemical sensing and can help one to follow up the kinetics of a reaction as in enzyme-linked immunosorbent assay. These applications demand adjustable spectral range and resolution for high throughput screening to test efficiently under identical conditions at a time, avoiding the necessity of using multiple substrates.

Dr Viswanath and co-workers, including MsBrindhuMalani S, a research scholar, have fabricated these structures by combining colloidal lithography with inclined reactive ion etching and inclined sputtering techniques. Optical spectroscopy measurements were performed at each position along the direction of increasing intervening voids which reveal the presence of localized surface plasmon resonance (LSPR), surface plasmon polaritons and hybridized modes.

These resonances were found to shift towards longer wavelengths with the position. Different morphologies on the substrate lead to 50 nm spectral tunability across 10 mm length. For refractive index sensing application, an optimum peak arising due to LSPR in reflectance was selected. The highest sensitivity of 621.6 nm/RIU was obtained for the structure in which the interstice size is maximum. Their work was published in the journal Plasmonics.

A research scholar working on this elaborates, “We often encounter vivid and vibrant colours in plants animals and in other natural phenomena. Colours which we see can also arise from the interaction of light with the smallest building blocks of matter. Then the question arises, can we change properties (colour) of matter by shrinking it? The answer is, yes”.

“It was first discovered by Michael Faraday that on reducing the size of the gold particle to the nanometer, its colour changes to red from its familiar metallic yellow. When light interacts with free electrons in a metal, it generates collective oscillation of free electrons known as surface plasmons,” research scholar elaborated.