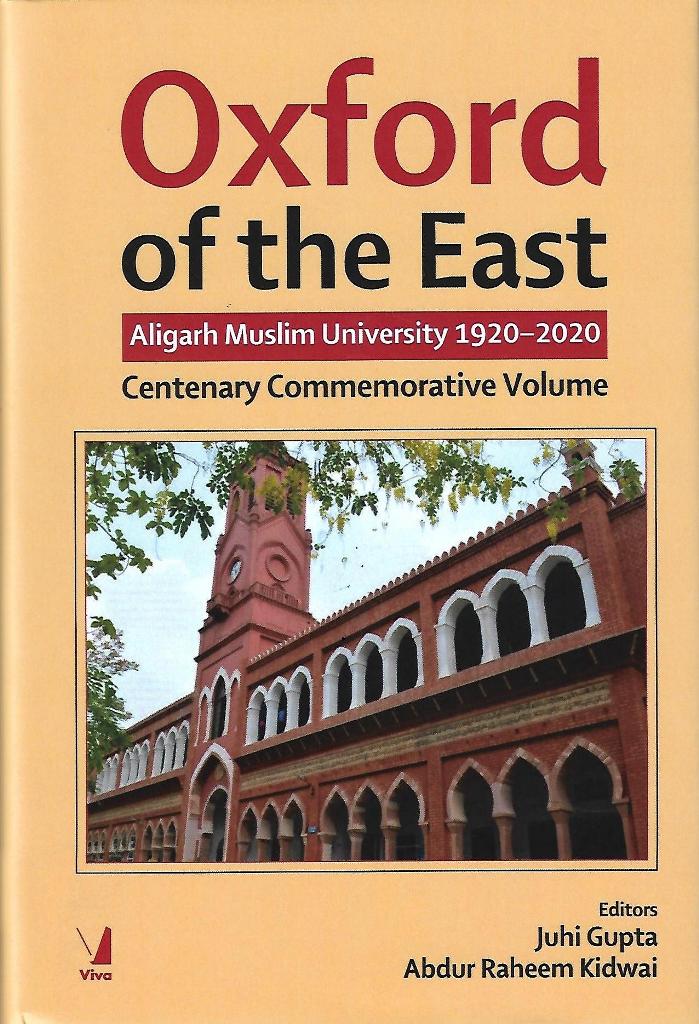 Aligarh: To commemorate the centenary year of the Aligarh Muslim University, a volume of 17 articles showcasing AMU’s remarkable success in various hues of life, titled, “Oxford of the East” has been brought out by Viva Books, New Delhi.

Professor Tariq Mansoor, Vice Chancellor, AMU has contributed the foreword to the Volume while the introduction has been penned by Professor Abdur Raheem Kidwai and Dr Juhi Gupta.

Prof A R Kidwai said that the AMU has been consistently ranked in the last decade among the top universities in the country and it has imparted knowledge and life skills to generations of the underprivileged students achieving a remarkable feat of social engineering. Renowned for its halls of residence, it forges bond of lifelong cordial relations among thousands of its students, many of whom have made a mark across the world. It has all along been an outstanding identity marker of the Indian Muslims who have been engaged in nation-building in their own ways, from President and Vice Presidents of the country to FNAs, Padma and Sahitya Academy awardees, public figures and legal and literary luminaries.

The volume, consisting of 330 pages, brings into sharper light the evolution, history and accomplishments of this great seat of learning and carries an appendix on the prominent Alumni of the AMU compiled by Dr Rahat Abrar.

iednewsdesk Jun 21, 2021
Tomsk State University scientists have received a patent for a system of early detection of forest, steppe, and…

UPMC: UPMC Heart and Vascular Institute is First in U.S. to Use…