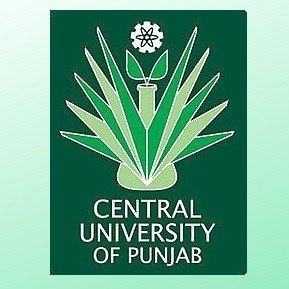 Central University of Punjab and Ministry of Housing and…

In his keynote address, Padma Shri Prof. Harsh K. Gupta shared the details of the earthquakes that occurred in the last few centuries and highlighted that despite scientific & technical developments, the impact of earthquakes / tsunamis keeps increasing in 21st century by citing examples of Muzaffarabad Earthquake in 2005, Haiti Earthquake in 2010 and others. He informed that the Himalayan region was the most active recipient of severe earthquakes and three out of seven most devastating earthquakes of 21st century (with magnitude of 7 and above) had occurred in and around the Indian subcontinent. He stated that till now there is no accurate mechanism to predict earthquakes and with the increasing urbanisation it is very important to develop Earthquake Resilient Society to reduce the causality and loss of infrastructure in any uncertain natural calamity. He stressed on the need to strictly implement Disaster Risk Reduction protocol in urban areas to make development projects insulated from disasters. During his address, Prof. Gupta also discussed the initiatives of National Disaster Management Authority, GOI in sensitizing about the consequences of large earthquake scenarios in Himalayan Region, facilitating mainstream earthquake management in state governments and spreading awareness by conducting mock drills & school sensitization programmes in earthquake vulnerable states.

Vice Chancellor Prof. Raghavendra P. Tiwari mentioned that Prof. Gupta is one of the greatest scientists in the field of Seismology and this is a great opportunity for our students to listen & interact with him. He stated that over the last few decades our mother earth is turning out to become an unsuitable place to live due to the ‘More is Less’ paradigm of modern human civilization against the ‘Less is More’ paradigm of ancient Indian civilization discourse. He emphasized on the need for adoption of sustainable development means i.e. natural processes and emerging green technologies to preserve all the spheres of planet earth such as Biosphere, Lithosphere, Hydrosphere and Atmosphere. He appealed to everyone to put their efforts to “Restore our Mother Earth”, which is the theme of ‘International Earth Day 2021’. He further stated that since earthquakes cannot be predicted and these will continue to occur in future, the only option available with the mankind is to learn to live with this natural disaster through the adoption of ‘Earthquake Resilient Society Model’.