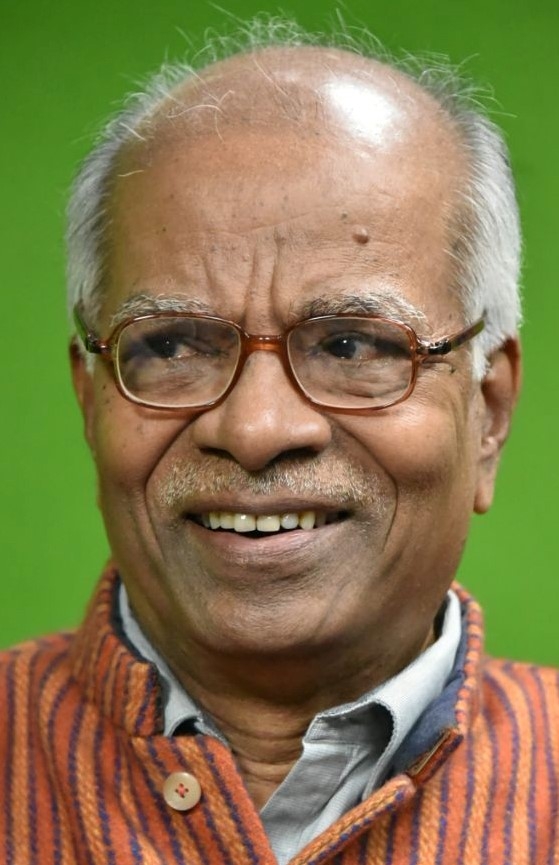 Bathinda: To pay homage to Bharat Ratna Baba Saheb Dr. .B.R. Ambedkar on his 64th Mahaparinivaran Diwas, the IQAC Cell of the Central University of Punjab, Bathinda (CUPB) organized a Webinar on “Dr. B.R. Ambedkar’s role in making Constitution of India” on Tuesday under the patronage of Vice Chancellor Prof. Raghavendra P. Tiwari. The keynote speaker of this programme is known social thinker Shri Ramesh Patange.

The programme commenced with the Welcome Address by Prof. S.K. Bawa, Director IQAC, where she mentioned that Babasaheb Ambedkar was a great academician, a research scholar, a political scientist, a philosopher, a jurist, an economist, a humanitarian and a renowned social reformer, She added, Dr. Ambedkar is recognised as the Father of the Constitution of India. She introduced the keynote speaker to the participants.

In his keynote address, Shri Ramesh Patange mentioned that Babasaheb Dr. Ambedkar was a person who not only understood the necessity of a strong democratic system in India but also played an effective and decisive role in preparing the Constitution of India. He further stated that as a Chairman of Constitution Drafting Committee Dr. Ambedkar presented the Draft Constitution suitable to the socio-economic and political system of India after analysing the Constitution of different countries, and because of this the first Prime Minister of India Pandit Jawaharlal Nehru considered Dr. Ambedkar as the ‘Chief Architect of Indian Constitution’. Shri Patange asserted that while formulating the dynamic constitutional document of India, Dr. Ambedkar introduced the concept of a federal system with the strong central government, single citizenship, independent judiciary, equality of opportunity, fundamental rights & duties, directive principles of state, policy, economic & social justice, sovereignty etc.. to ensure unity and integrity of India. He highlighted that Dr. Ambedkar, who has fought throughout his life for the Rights of Dalit & Marginalized Community, introduced the concept of ‘Reservation for Deprived Castes’ and provided constitutional guarantees & protections to Indian Citizens to abolish untouchability and all forms of discrimination from our society while formulating constitution of India.

Vice Chancellor Prof. Raghavendra P. Tiwari expressed his gratitude towards keynote speaker for enlightening the participants on the valuable contribution of Dr. Ambedkar in formulating constitution of India. He appealed to youngsters to take inspiration from the ideology of Babasaheb Ambedkar, ensure equal treatment to all, obey our fundamental duties and act as a responsible citizen of the democratic republic.

Towards the end, Prof. Tarun Arora, Dean School of Legal Studies delivered the formal vote of thanks. The Programme was attended by faculty, administrators, and students of the university.