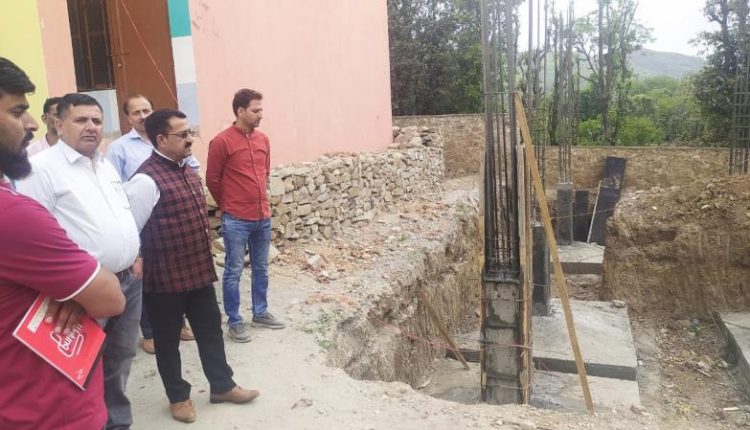 KISHTWAR  : Chief Education Officer Kishtwar Sudershan Kumar today inspected a number of Government schools and ordered action against the staff of Primary School Zellna in zone Nagseni, which was found closed.
The CEO inspected GHSS Dool, GMS Malikpora Dool, and reviewed their functioning. He checked the attendance registration of staff, interacted with students of the school and inquired about the teaching learning process.
At GHSS Dool, CEO Kishtwar took stock of the progress on the ongoing construction work of newly constructed building which is to come up with an estimated cost of Rs 120.51 lakh.
He directed the concerned executing agencies/contractors to expedite the pace of work so that the work is completed in stipulated time.
During the inspection at PS Zellna, the staff and students were found absent. The CEO ordered the concerned ZEO to conduct an inquiry and initiate strict action against the erring staff.