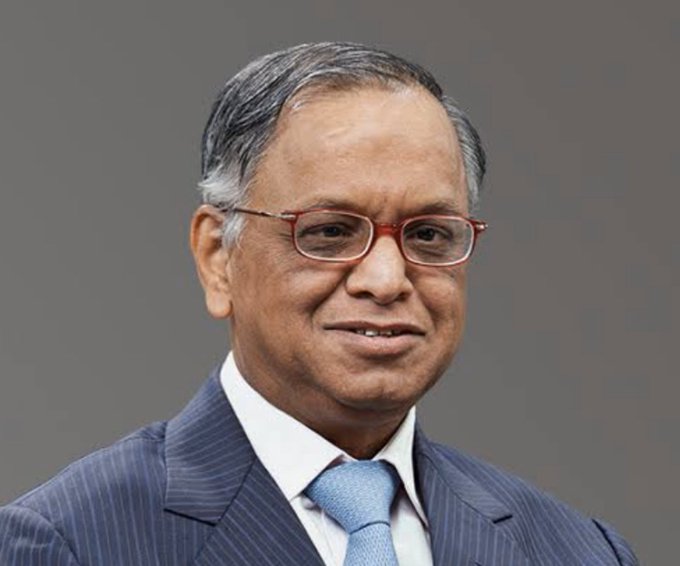 CEO pay should be a fair multiple of the lowest paid employee: N R Narayana Murthy

New Delhi: “During the last five years there have been a few instances of serious governance deficits. This has created doubts among investors about the quality of corporate governance of Indian companies,” says Mr N R Narayana Murthy, Founder, Infosys Limited.

Mr Narayana Murthy expressed his concerns about board governance in India and offered solutions at the 47th National Management Convention (NMC) of All India Management Association (AIMA).

The main source of corporate scams, according to Mr Narayana Murthy, is moral weakness and incompetence of the chairman of the board in the companies where scams happen. “When the CEO becomes more powerful than the board and the chairman operates at the pleasure of the CEO, then such things happen,” he says.

According to Infosys founder, the biggest challenge in corporate governance is the agency cost, i.e. the cost incurred by management to meet the shareholders’ objectives. In the professionally managed companies, he says, management can push weak boards to extract unjustifiable compensation for themselves and use company’s resources for personal benefits, and the owner managers can use listed companies to enrich their private companies. He says that paying large severance packages to buy silence of outgoing executives has to be prevented by the board.

Managerial remuneration, Mr Narayana Murthy argues, has to be a fair multiple of the compensation of the lowest level employee in the company. He said if the lowest paid employee’s remuneration was Rs 2-3 lakh a year, the CEO remuneration should be Rs 70-80 lakhs.

In addition, the shareholders must know the remuneration in full detail and the variable part of the remuneration must be linked to long-term performance of the company, and not just the current results.

Mr Narayana Murthy favours clawing back of 100% of the fee received by board members and the remuneration received by the management for the period of a wrong doing. He also wants SEBI to impose penalties on boards for not doing their job.

Regarding whistle blowers, Infosys founder says that though the whistle blowers have been give legal protection, they still face harassment and social stigma. He wants safeguards against bosses’ vendetta against whistle blowers. However, he says, “No whistle-blower has the right to harm an organization on which a large number of families depend for their livelihood.”

On the ways to handle whistle blower complaints, Mr Narayana Murthy objects to internal investigation with help of an outside law firm. That is like the accused investigating the case and sitting in judgement also, he says. He advocates appointing a committee of outsiders by the top shareholders or the SEBI to investigate whistle blower complaints. If the company is found guilty, he recommends, the SEBI must blacklist all members of the board and management.

On the issue of transparency of investigations, Mr Narayana Murthy says that full details of the investigation should be provided on the website of the company so that every shareholder has access to it. However, he advocates denial of any information that may expose a competitive advantage of the company.

Mr Sunil Kant Munjal, Convention Chairman & Chairman, Hero Enterprise said that covid had provided a pause for everyone to reconsider everything, including governance. “All of us need to be governed and we all need to govern ourselves,” he said.

Mr Harsh Pati Singhania, Senior Vice President, AIMA & Vice Chairman & Managing Director, JK Paper Ltd said that corporate governance was more linked to the personal values of the people than the regulations, as those who have the mindset to cheat will subvert any regulation.

Amway India launches #AmYoung; An initiative to promote entrepreneurship among…