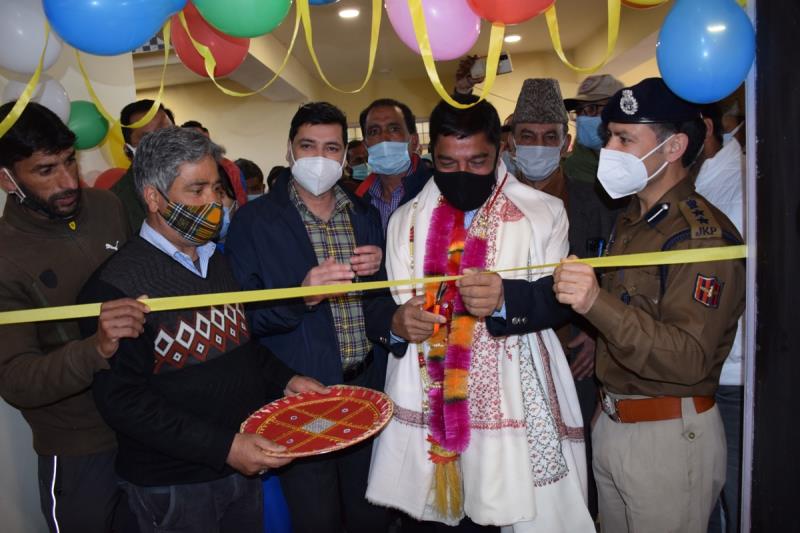 The ceremony also witnessed a huge public gathering that was eagerly waiting to welcome the DDC chairman in his new office.

During his ceremonial speech, the DDC Chairman thanked District Administration led by DC Budgam for warm welcome and reception at the new office set up. He said that overall development of the district shall remain as the main agenda and priority for him during his tenure.

The Chairman also emphasized upon redressal of public grievances and said that three tier panchayats have now finally taken their roots which shall go a long way in giving impetus to effective plan formulation and delivery of public services in much better, efficient and coordinated manner.

The chairman also said that some important issues related to the district shall be discussed and raised with higher authorities, besides new links of development shall be established with them so that the district gets a boost so far as the developmental scenario is concerned.

Urging upon the public to come forward and participate in effective plan formulation, he said it shall eventually prove fruitful for the larger interest of the district.