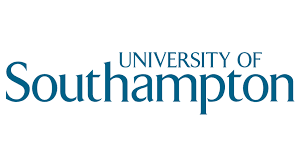 A study by the University of Southampton gives a new perspective on why our planet has managed to stay habitable for billions of years – concluding it is almost certainly due, at least in part, to luck. The research suggests this may shorten the odds of finding life on so-called ‘twin-Earths’ in the Universe.

The research, published in the Nature journal Communications Earth and Environment, involved conducting the first ever simulation of climate evolution on thousands of randomly generated planets.

Geological data demonstrate that Earth’s climate has remained continuously habitable for more than three billion years. However, it has been precariously balanced, with the potential to rapidly deteriorate to deep-frozen or intolerably hot conditions causing planet-wide sterility.

Professor Toby Tyrrell, a specialist in Earth System Science at the University of Southampton, explains: “A continuously stable and habitable climate on Earth is quite puzzling. Our neighbours, Mars and Venus, do not have habitable temperatures, even though Mars once did. Earth not only has a habitable temperature today, but has kept this at all times across three to four billion years – an extraordinary span of geological time.”

►
Many events can threaten the continuous stability of a planet – asteroid impacts, solar flares and major geological events, such as eruptions of supervolcanoes. Indeed, an asteroid which hit the Earth 66 million years ago caused the extinction of more than 75 per cent of all species, killing off the dinosaurs along with many other species.

Previous computer modelling work on Earth habitability has involved modelling a single planet: Earth. But, inspired by discoveries of exoplanets (those outside of our solar system) that reveal that there are billions of Earth-like planets in our galaxy alone, a Southampton scientist took a novel approach to investigating a big question: what has led Earth to remain life-sustaining for so long?

To explore this, Professor Tyrrell tapped into the power of the University of Southampton’s Iridis supercomputing facility to run simulations looking at how 100,000 randomly different planets responded to random climate-altering events spread out across three billion years, until they reached a point where they lost their habitability. Each planet was simulated 100 times, with different random events each time.

Having accrued a vast set of results, he then looked to see whether habitability persistence was restricted to just a few planets which were always capable of sustaining life for three billion years, or instead was spread around many different planets, each of which only sometimes stayed habitable for this period.


Terrestrial worlds
Credit: Kate Davis
The results of the simulation were very clear. Most of those planets which remained life-sustaining throughout the three billion year period only had a probability, not a certainty, of staying habitable. Many instances were of planets which usually failed in the simulations and only occasionally remained habitable. Out of a total population of 100,000 planets, nine percent (8,700) were successful at least once – of those, nearly all (about 8,000) were successful fewer than 50 times out of 100 and most (about 4,500) were successful fewer than 10 times out of 100.

The study results suggest chance is a major factor in determining whether planets, such as Earth, can continue to nurture life over billions of years. Professor Tyrrell concludes: “We can now understand that Earth stayed suitable for life for so long due, at least in part, to luck. For instance, if a slightly larger asteroid had hit Earth, or had done so at a different time, then Earth may have lost its habitability altogether.

“To put it another way, if an intelligent observer had been present on the early Earth as life first evolved, and was able to calculate the chances of the planet staying habitable for the next several billion years, the calculation may well have revealed very poor odds.”

Given these seemingly poor odds, the study speculates that elsewhere in the Universe there should be Earth-like planets which had similar initial prospects but which, due to chance events, at one point became too hot or too cold and consequently lost the life upon them. As techniques to investigate exoplanets improve, and what seem at first to be ‘twin Earths’ are discovered and analysed, it seems likely that most will be found to be uninhabitable.

iednewsdesk Jan 27, 2022
Engineering has the biggest role to play in making fundamental societal change – this is the motivation of the…