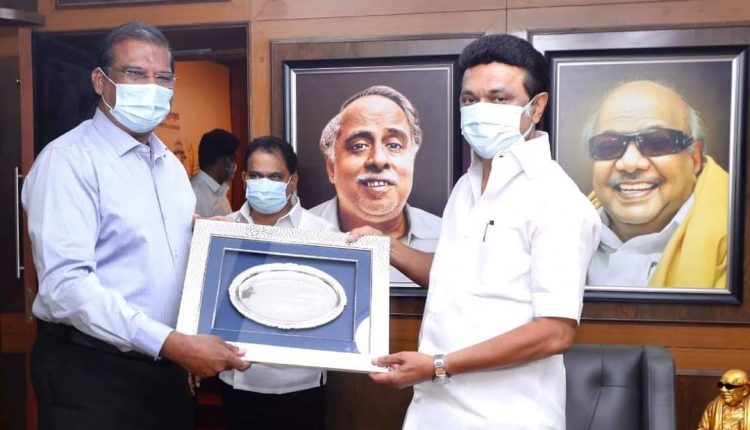 Chennai: Dr Paul Dhinakaran , a Global Evangelist, Educationist and Philanthropist greeted DMK leader M.K Stalin and his party candidates who get elected to the Tamil Nadu state assembly and wished his team all success.

Dr Paul Dhinakaran graduated as a Gold medallist from Loyola college , Chennai with a bachelor’s degree in physics and went on to complete his MBA and then earned his Phd in management at the age of 26 . His service to humanity has spanned more than 35 years .Through his christian ministry, Jesus Calls, , millions have experienced divine peace and well being.He is the chancellor of Karunya Institute of Technology and Sciences, Deemed to be University where more than 30,000 students have graduated with under graduate, graduate and Phd degrees. He is also the founder of SEESHA , a humanitarian outreach mission to care for poor children , materially, emotionally, physically, spiritually and educationally.

Recalling the days when Stalin was chennai Mayor, Dr Paul said that it was he who named a street in Adyar as Dr DGS Dhinakaran salai in memory of his dad and added that his entire family expressed their gratitude for his gesture during that time.