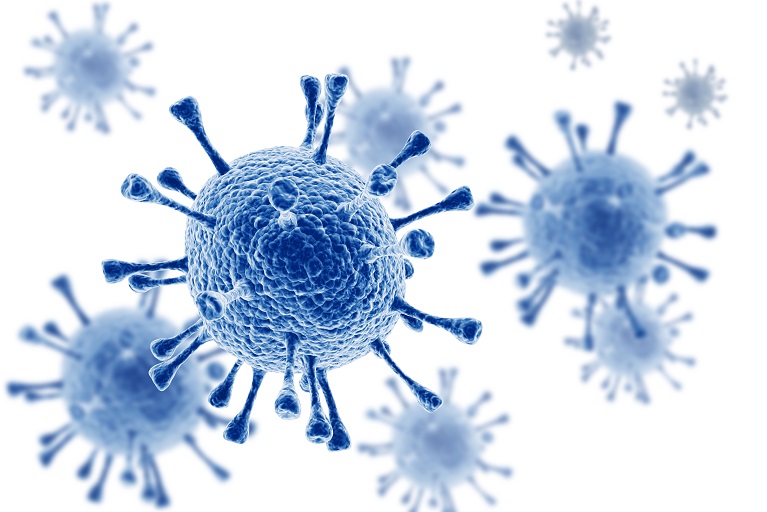 Changing the trajectory of HIV

In the early 1980s, when a patient received a diagnosis of HIV, the individual was often told to get their affairs in order. Their life expectancy could range from just a few weeks to a few months.

Today, a person may receive the same diagnosis and live for several more decades.

“It’s extraordinary because it was formerly a death sentence,” said Nilu Goonetilleke, an immunologist in the UNC School of Medicine. “Antiretroviral therapies represent some of the greatest medical advances in the past 30 years — they have saved millions of lives.”

Over a million Americans live with HIV — and many of them will live nearly as long as people who are not HIV-infected, as long as they maintain suppression. The ability to effectively maintain suppression (taking a daily pill as instructed and having regular access to quality medical care) can depend on where a person lives. People receiving HIV treatment in places like the U.S., the U.K. or Canada have much longer life spans than those living in poorer countries.

But even in wealthy countries, the quality of life for HIV patients can vary. The disparity comes in the form of what researchers call “ongoing co-morbidities”, or additional conditions or illnesses that can accompany HIV. The most common include cardiovascular and kidney disease, hypertension, osteoporosis and fractures.

In 2017, Goonetilleke received a $5.6 million grant from the National Institutes of Health to study therapeutics that may strengthen the immune system’s response to HIV. The ultimate goal is to identify optimal strategies to find a cure for people living with HIV.

“People living with HIV just want to know what their life would be like if they didn’t have to pop a pill every day,” Goonetilleke said. “They are completely reliant on that to stay alive.”

Helping the Body Fight Back
When HIV enters the body, it attacks with ferocity and precision, targeting a specific component of the immune system: CD4 T-cells. These cells both signal other immune cells to the presence of outsiders in the body as well as directly attack infections, like viruses or bacteria. HIV deletion of CD4 T-cells means the body has a much harder time fighting off infection.

How much of the weakened immune system is influenced by the residual amount of virus in the patient? How many of those health complications are caused by the damage that was done before starting anti-viral therapy? These are the questions Goonetilleke and other HIV researchers are investigating now.

The human immune system is wired in a way so that once it encounters an infection, it generates immune responses that are specific to that infection.

“We call this ‘adaptive’ immunity or memory,” Goonetilleke said. “This means the next time a person is infected by that bug the individual’s immune system will mount a rapid and effective response and very often won’t experience any symptoms.”

Generating adaptive immune responses is also how vaccines protect against a range of diseases — and it’s how Goonetilleke hopes to advance the body’s ability to fight off HIV.

“In a nutshell, I’m trying to use vaccines to boost a different type of T-cell, called CD8 T-cells, that specifically attack HIV,” Goonetilleke said. “In people who happen to have helpful immune genes, achieving this goal is likely. Whether we can achieve this in all people is the big question.”

Supporting a Team
While she would prefer to devote all her energy to studying HIV, much of Goonetilleke’s work involves applying for funding and support to do the research.

“A scientist is like a small business owner,” she said. “You have people who work for you, people who need to pay their mortgages. The main stress is making sure you’re bringing in funding to support your team. And then on top of that — gosh, you want to do good science.”

Bringing in that funding and support requires an immense amount of time and effort on Goonetilleke’s part, but she doesn’t do it alone.

When writing a grant, Goonetilleke has to pinpoint what she believes to be the most scientifically important objective, but she has to present her case in a way that ensures the 20 people reviewing the proposal believe it to be the most important as well.

A recent grant for a vaccine trial included over 600 pages of administrative details. Of those 600 pages, just 12 pages were dedicated to science. The rest were all supporting material and data.

The North Carolina Translational and Clinical Sciences Institute helped Goonetilleke organize the grant submission, then obtain the FDA approval to test the vaccine in this country — a tedious process that took several months.

“Compiling all the safety data, explaining what we’re proposing to do clinically, and also including all the manufacturing data on these vaccines because they were manufactured in Europe,” Goonetilleke said. “It needed some iterations to make it a solid grant and they were very helpful with that.”

Proof-reading, correcting errors, and identifying areas where something might be unclear are all part of the independent review process TraCS offers. But it takes a special team of people to do all this with large documents full of scientific language and technical material.

“It’s helpful to have someone who has a science background but is not an expert in your field,” Goonetilleke said. “As scientists, we often assume knowledge. We always worry about talking down to people but the people reviewing our grants are rarely in our specific area of expertise.”

“I have a research associate on my team who got a small award through TraCS which gave her the confidence to get to the next step.”

Goonetilleke also values the fact that TraCS does not limit their awards to Americans. Two of her senior staff are foreign (working legally here on H1B visas), however, they are not eligible for 90% of the grant funding in the U.S.

“You have to be an American or a green card holder and they’re still earning that status,” she said. “And that’s a real shame because they can’t even start building a career until they’ve completed their H1B and are going for a green card. That small pot of money is one of the things available to them.”

As someone who has repeatedly benefited from the services TraCS offers, Goonetilleke believes in promoting the support available for translational research across campus.

“I think we need to go to basic science departments and make sure they are aware that these services exist. Whenever I’m with any of those faculty they’re sometimes surprised to hear that I’m doing what I’m doing,” Goonetilleke said. “But I’m just using the tools we have here.”

Looking towards the future
So far, the NIH grant, which is about halfway through, has enabled Goonetilleke to author four papers, with several more on the way.

Because her work spans a broad spectrum – ranging from what is described as basic research (how T-cells function) to translational research (testing HIV vaccines in people) – Goonetilleke feels optimistic about the tangible gains that could be made in the next few years.

“In five years, I would hope all my vaccine-related research will advance into further pre-clinical and clinical testing,” she said. “Regarding the basic research, which is particularly exciting for me, I am hopeful we can provide important insights into how T-cells function.”

She also recognizes her field is currently receiving increased attention from the rest of the world.

“For those of us who work in infectious disease, particularly right now, we know that our work, if done well, may impact our society,” Goonetilleke said. “That is both a privilege and a responsibility.”

University of Sydney: Reducing the risk of stroke and heart problems…

Cardiff University: High-speed internet led to a decline in civic and…

Cardiff University: Urban greening ‘not a panacea’ for dealing with…