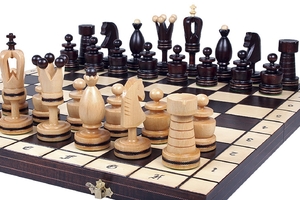 Chess tournament of PetrSU and YSU

The chess tournament with the participation of players from PetrSU and Ugra State University (UGU) will be held on the lichess.org platform on December 26 and 27.
The tournament was the first event in the framework of the networking of the two universities.

Lancaster University: Work to begin on new School of…

The chief judge of the tournament will be Ekaterina Skripkina, head of the chess club of PetrSU, a 4th year student of the Institute of Physical Culture and Sports. Note that after three rounds of the ACCK chess qualifying championship, which takes place throughout December at PetrSU, Ekaterina occupies the top line of the rating among girls.

The chess players will play in different formats and will determine the strongest based on the results of two playing days.

iednewsdesk Jan 29, 2022
Work by a Lancaster University researcher has been shortlisted for an FT Academic research award: ‘smart ideas…