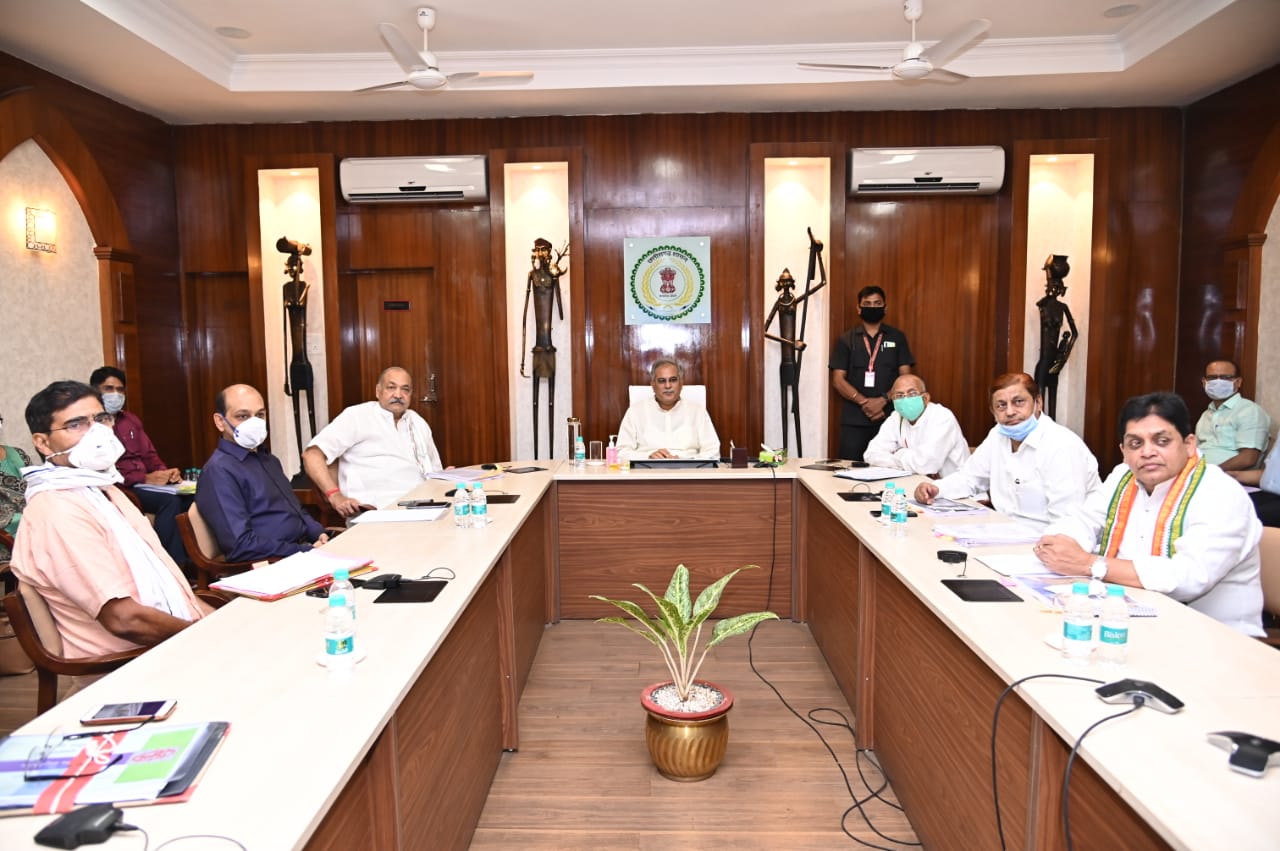 Raipur: Chief Minister Shri Bhupesh Baghel has instructed the officials to speed up the work of development and upgradation of Ram Van Gaman Path, while reviewing the concept plan prepared for the project at his residence office today. In the first phase of development of the 51 identified spots on the Ram Van Gaman Path, 9 spots namely Sitamadhi-Harchowka, Ramgarh, Shivirnarayan Turturiya, Chandkhuri, Rajim, Sihava Sapta Rishi Ashram, Jagadalpur and Ramaram will be developed from the point of view of tourism. Shri Baghel directed the officials to develop these spots in a way to ensure commercial viability, so that employment is generated for the local people.

The Chief Minister said that due to lack of facilities for tourists to stay in tourist places of Chhattisgarh, the tourism sector is not getting proper development and local people are not getting economic benefits. If tourists get accommodation and other basic facilities, then economic activities including tourism will also increase and local people will get benefit from it. Shri Baghel said that tents should be arranged on PPP model in places covered by Shri Ram Van Gaman Path where there are no concrete structures. Intensive plantation should be done at all sites. He instructed for the identification of the actual route of the Ram Van Gaman Path, while giving instructions for intensive plantation on this route as well.

The Chief Minister gave instructions to start work immediately for the development of these sites.
It is noteworthy that an inter-departmental team has been formed for the survey to upgrade the Ram Van Gaman Path. The concept plan has been prepared by surveying the sites of Ram Van Gaman Path under the leadership of Chief Secretary Shri R.P. Mandal, Tourism Secretary Shri Ambalagan P., Principal Chief Conservator of Forests, Shri Rakesh Chaturvedi and collectors of the respective districts. The Chief Minister directed to maintain uniformity in the work being done in all the sites during the beautification of the sites being developed in the Ram Van Gaman Path. He instructed to organize shops around the sites and develop them in the shape of a hut. He also suggested to develop the river front where the river is and the Turturiya Ashram as an eco tourism spot.
The Chief Minister directed to make arrangements for entrance gate, Interpretation Center, Cafeteria, keeping uniformity in the shops and installing sign boards for tourist information at various places in the Ram Van Gaman Path Sites. Interpretation centers to be built at these sites will also show the relationship of that particular site with Ram Katha. He said that a logo should be prepared for Ram Van Gaman Path, which will do the branding work for it. Baghel said that efforts should be made by the tourism department to promote local tourism.

At the meeting, the Chief Minister said that Sirpur is a major tourist destination of Chhattisgarh, it should be developed according to the DPR prepared, and work should be done by assigning different responsibilities to the concerned departments. He said that Sirpur can be developed as a good center for international tourism. He directed to display information of local private hotels along with the hotels and motels of the tourism department in the tourism department website and display the contact numbers of the guides.