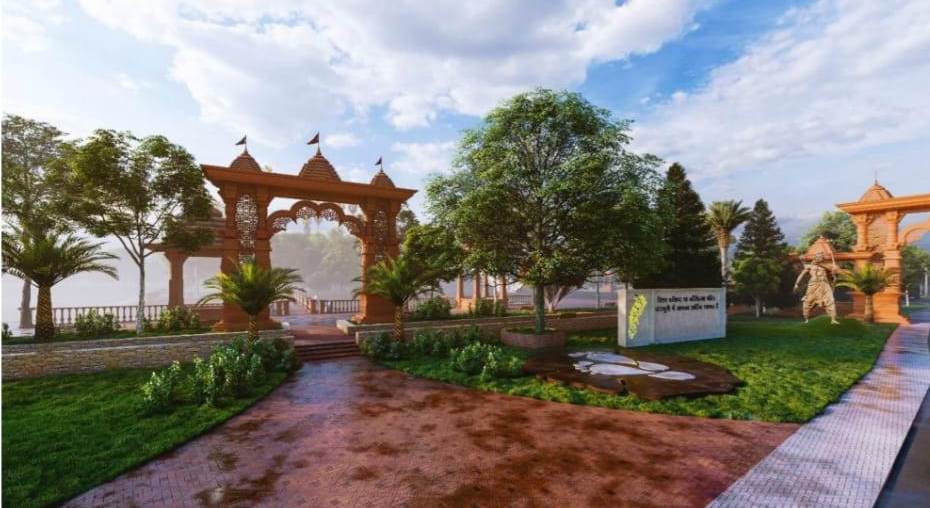 Raipur: Lord Rama’s maternal home Chandkhuri will now be as attractive and beautiful as the cities in mythological tales. Keeping the original form intact of the ancient Kaushalya temple in Chandkhuri village located near the capital Raipur, the outline for beautification of the entire complex has been prepared. This entire work, which is included in the Chief Minister’s ambitious Ram Van Gaman Path Development Project, will be executed at a cost of Rs 15 crore 75 lakh in Chandkhuri.

According to the plan, the work of beautification and campus development of the temple at Chandkhuri will be completed in two phases. In the first phase Rs 6 crore 70 lakhs will be spent, while 9 crore 8 lakh rupees will be spent in the second phase. As per the plan, Chandkhuri is to be developed as a tourist-pilgrimage site, so along with the beautification of the ancient Kaushalya Mata temple located there, civic amenities will also be developed. The temple-island located in the middle of the pond will be made more attractive and well-organized while beautifying the pond.The architecture of the entire complex has been designed to suit Chandkhuri’s connection to mythology. A new design bridge will be constructed in the pond to reach the pond temple. Ghats and circumambulation path on all four sides will be constructed in the pond. Parking facility for visitors’ vehicles is also being developed. The entire complex will have attractive electrical decoration.

On December 22, bhoomi-pujan for the beautification of Kaushalya temple at Chandkuri was performed. Along with this, the project to develop the important sites on the Ram Van Gaman Path as a tourist destination was also started. On 29 July, Chief Minister Mr. Bhupesh Baghel, along with his wife Mrs. Mukteshwari Baghel and family members, reached Chandkuri and offered prayers at the ancient temple. During this time, he had inquired about the project prepared for the expansion of the temple and beautification of the complex. Shri Baghel had directed that devotees visiting here should be specially taken care of, while keeping the original form of the temple intact. On the demand of the villagers, the Chief Minister has also approved construction of bypass road near the temple. Also, in view of the convenience of the villagers, the district authorities have been instructed to open a nationalized bank branch in Chandkuri.