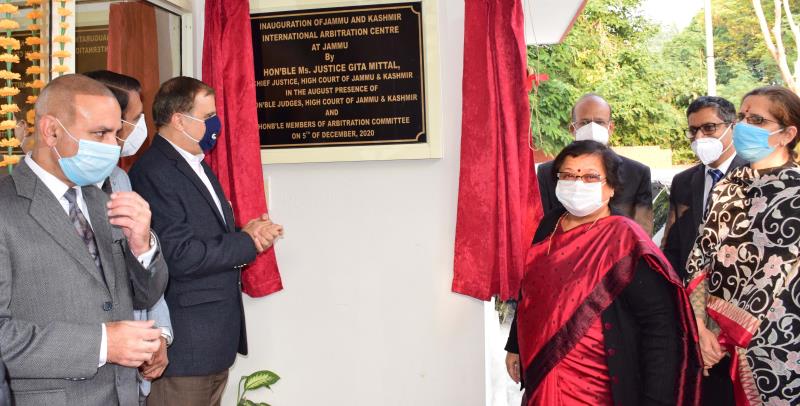 The Jammu and Kashmir International Arbitration Centre (JKIAC) was set up pursuant to the approval accorded by the High Court with Wings at Srinagar and Jammu for facilitating the objective of dispute resolution by the process of arbitration.

The Srinagar Wing of JKIAC was inaugurated on 28th October, 2020 by Shri Manoj Sinha, Honble Lt. Governor of Union Territory of J&K.

The Centre has been set up with the aim of having a robust and credible arbitral institution for developing, supporting and strengthening the domestic and international arbitration ecosystem in Jammu & Kashmir.

Both the wings of the Centre offer facilities of Conference rooms with adequate seating capacity, Arbitration rooms, Legal assistance by dedicated team of lawyers, facility for record of proceedings and deposition of witnesses.

The Rules have been framed for effective working of the Centre and efficient and expeditious disposal of arbitration matters.