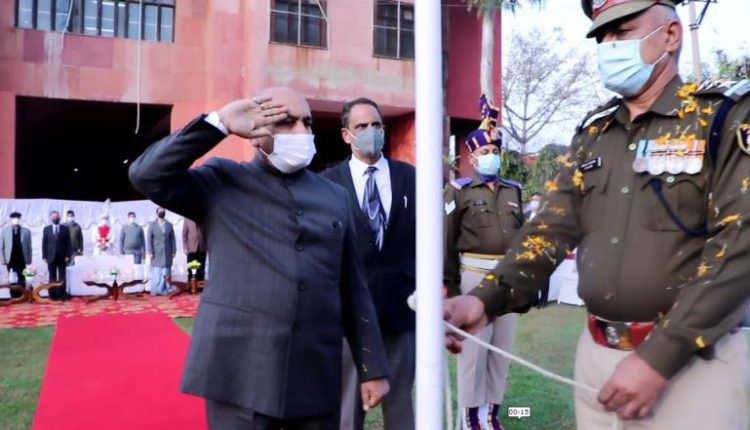 JAMMU : The 73rd Republic Day of India was celebrated in the Jammu Wing of the High Court of Jammu and Kashmir and Ladakh with patriotic fervor and high enthusiasm.

Jawans of 166th Battalion of CRPF presented the salute and national anthem at the event. Patriotic tunes were also played by the band of Jammu Kashmir Police.