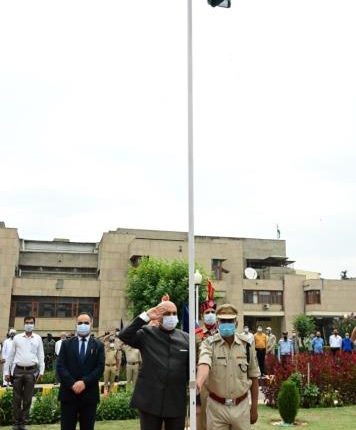 On the occasion, Justice Mithal also inspected the contingents, who presented him guard of honor and took salute at the March past.

DC Srinagar holds interaction with Artisans; Assures of all…

The contingents were drawn from CRPF and JK Police.

The Independence Day functions were also held at all District Hdqrs of UTs of Jammu and Kashmir and Ladakh where Principal District and Session Judges hoisted National flags in their respective Districts in presence of all Judicial Officers and Subordinate Staff of District Courts.

Participation of all Schools, Colleges, General Public in I-Day function, a milestone in the history of Kashmir