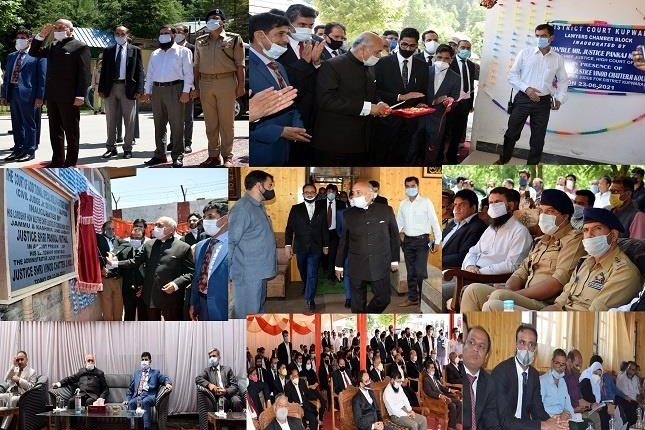 Chief Justice interacted with the Judicial Officers, Civil administration and members of Bar Associations of Kupwara and Handwara.

Meanwhile, Chief Justice had an exclusive interaction with the lawyers in the court complex.

Chief Justice, during the interaction, said that Kupwara being a far flung district is priority of the High Court to ensure smooth judicial administration besides expeditious completion of infrastructure there.

Chief Justice enquired about legal services being provided by District Legal Services Authority in the district.

Secretary DLSA, Muzamil Wani, informed that they have received more than 200 distress calls on their helpdesk during COVID lock-down with respect to food, medicine, vaccination and other basic necessities.

Secretary also briefed the Chief Justice about the working of front office and PLVs in the district.

Justice Vinod Chatterji Koul, speaking on the occasion, assured complete cooperation to the bar members in achieving the goal of easy access to justice for all.