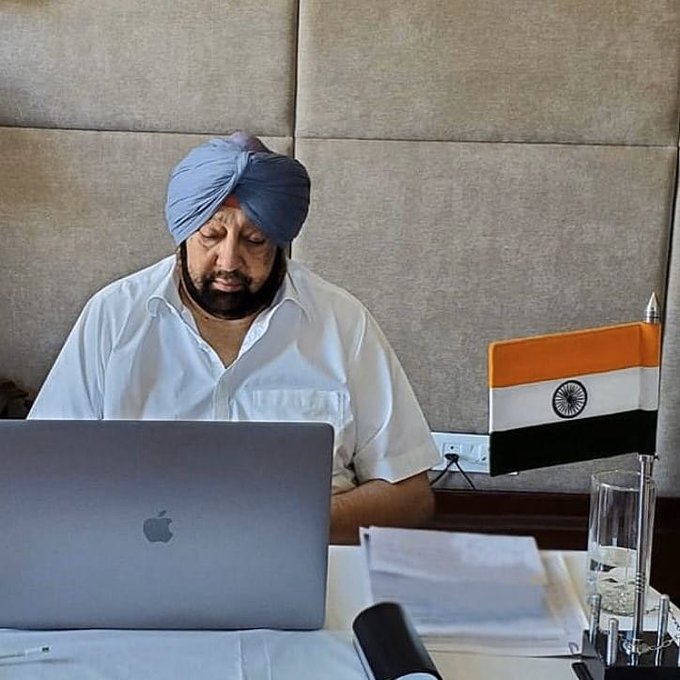 Chief Minister Captain Amarinder Singh on Wednesday launched, through Video Conference, a collaborative `Pride of Punjab’ programme as a partnership between the Department of Youth Services & Sports and YuWaah – a joint initiative of UNICEF, other UN agencies, civil society organisations and the private sector.
Aimed at enabling the best opportunities for Punjab’s young people, the project will work with the youth to help them realise their aspirations, become change leaders in their communities, and support other young people in their journeys. It will kickstart with a survey using U-Report, also supported by YuWaah and UNICEF, to hear the challenges and aspirations of Punjab’s youth.

Terming the introduction of the U-Report for Punjab as an opportunity for the state’s youth to play an active role in solutions and policies that impact their lives, the Chief Minister underscored the project’s importance to facilitating employment and entrepreneurship opportunities for young people with the support of the Punjab government, UN agencies, private sector and Civil Society Organisations. Captain Amarinder pointed out that the YuWaah partnership had already connected over 15 million youths across India to aspirational career opportunities through their career guidance portal, which will soon be accessible to Punjab’s youth at no cost.

Central University of Punjab organized a webinar on…

The Chief Minister described employment generation as a key initiative of his government, which had already facilitated lakhs of jobs for youth in the state through its flagship `Ghar Ghar Rozgar Yojana’. He pointed out that even during the lockdown, 13000 jobs and 22000 self-employments were facilitated for the state’s youth. Registration was currently in progress for the 7th job mela, which is expected to generate 50000 jobs, he added.

Underlining the need for industrialisation for the economic development of Punjab, which had lost out on its industrial belt to Haryana during bifurcation, the Chief Minister said the Montek Singh Ahluwalia committee was also working towards measures to revive the state’s industry in the post-Covid environ.

The launch event was participated, among others, by State Cabinet Minister Rana Gurmeet Singh Sodhi.

Punjab Cabinet approved the release of Rs. 1388 crore as grant-in-aid to the Panchayati Raj Institutions

iednewsdesk Jan 21, 2022
A landmark Net Zero Strategy setting out how the UK will unlock £90 billion of investment as the country looks to…