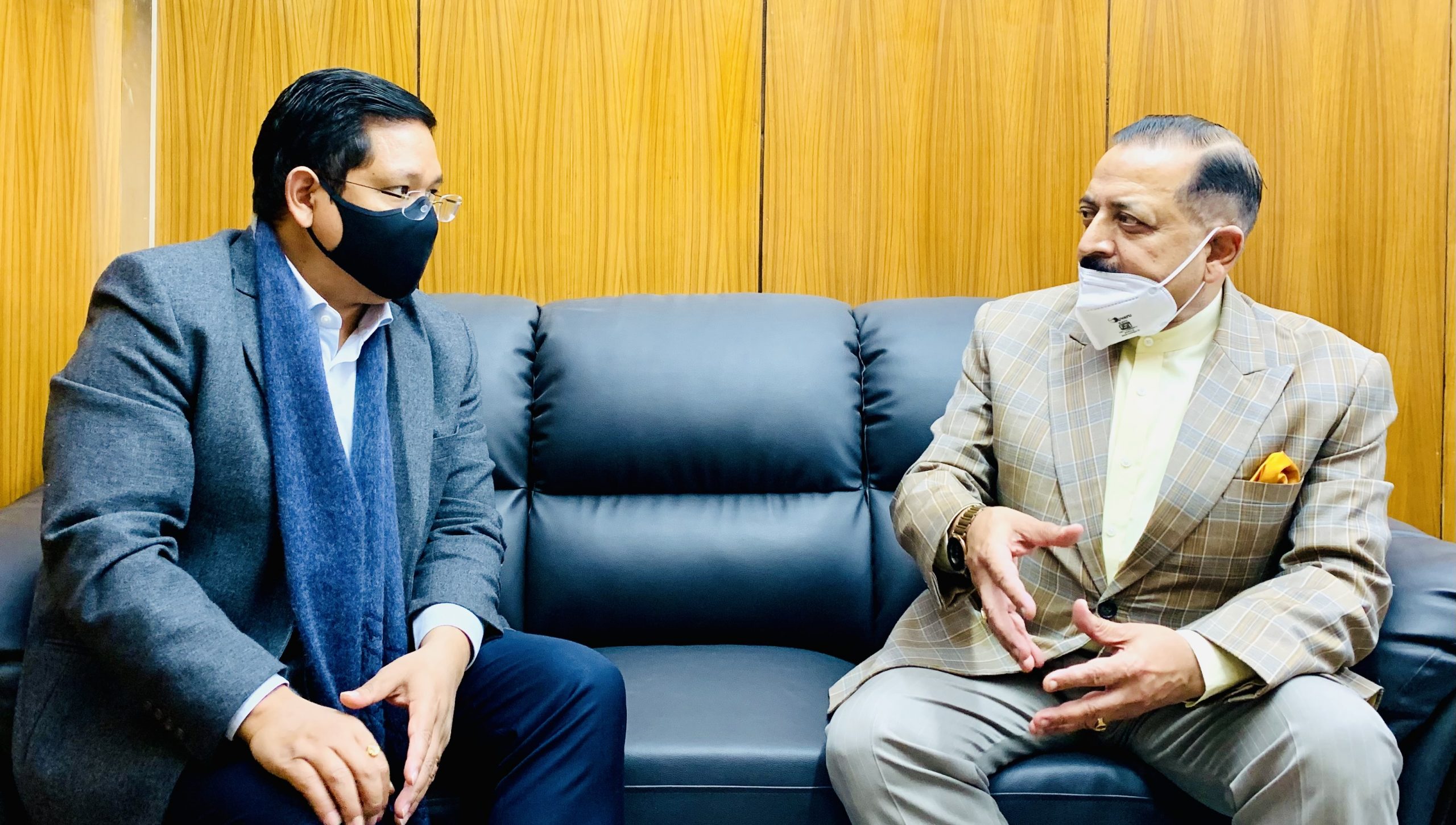 Dr. Jitendra Singh told Chief Minister Mr Sangma that Prime Minister Narendra Modi takes personal interest in following up all the issues related to North Eastern States. Under Prime Minister’s instructions, he said, special impetus is being given to improve the connectivity and transport through new airports, air flights in different sectors, double-gauge railway lines across the region, networks of roads and new inland waterways.

As for the State of Meghalaya, Dr. Jitendra Singh noted the recent introduction of direct air flight from Shillong to Delhi. He said, this was a long pending requirement and Shillong, being a popular tourist destination as well as the original capital of the erstwhile Assam, richly deserved this facility.

Similarly, Dr. Jitendra Singh recalled that when the Modi government came in 2014, many people in Meghalaya had never seen a train in their lifetime. Today an ambitious project to lay double track has been undertaken in the region, he said.
Chief Minister of Meghalaya informed the DoNER Minister that the tourist spots in Meghalaya have started receiving visitors from all over in huge numbers. To this, Dr. Jitendra Singh responded by saying that he is confident that this year is going to be tourist boon for the region because many of the regular holidaymakers who followed annual routine of visiting European destinations, will now find a parallel option in Shillong and other similar destinations because while the European holiday resorts were badly affected by the COVID pandemic, the tourist resorts in Northeast remained mostly free of the pandemic.

The Chief Minister appreciated the manner in which the DoNER Ministry has been forthcoming to address the priorities of the North Eastern States. The issue of allocation of funds in new projects with Central assistance also came up for discussion. Mr Sangma also placed before the Minister some new proposals for support from the Ministry of DoNER and North Eastern Council. The Union Minister assured the Chief Minister that he would have these proposals examined.

LAWDA starts scientific extraction of Lily to stop its regrowth

Govt. creates four posts of SOs, six posts of HAs in JKSSB