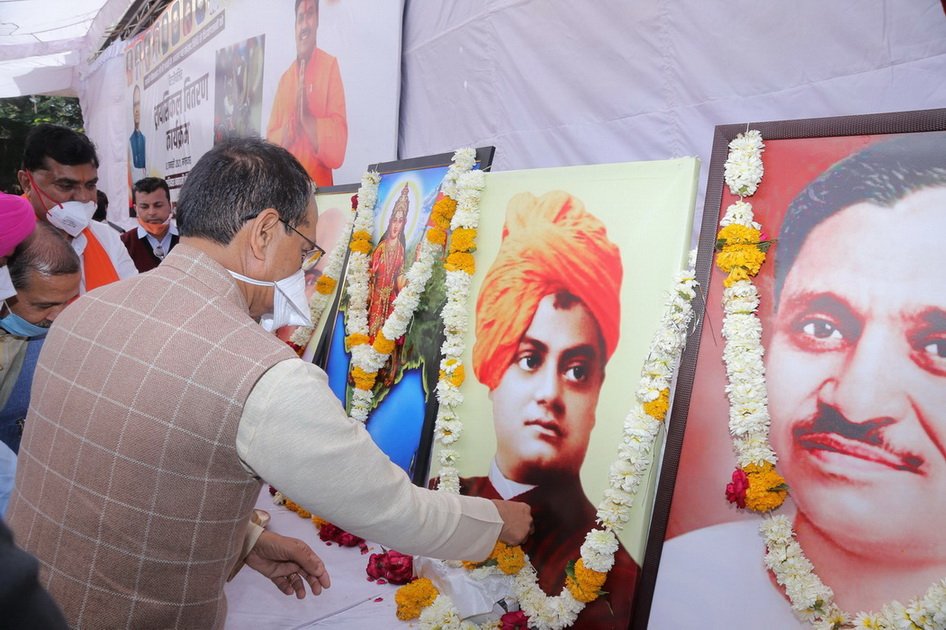 Chief Minister Shri Shivraj Singh Chouhan said that collective practice of Surya Namaskar and Pranayama is being done every year in the state on January 12, the birth anniversary of Swami Vivekananda. This year, due to Corona, it could not be conducted in schools and the practice was done virtually by people who joined from wherever they were present. Swami Vivekananda spread yoga to the masses. Swami ji said that the citizens of the country should have muscles like iron, nerves like steel and strong mind, which is possible by adopting ‘Yoga’.