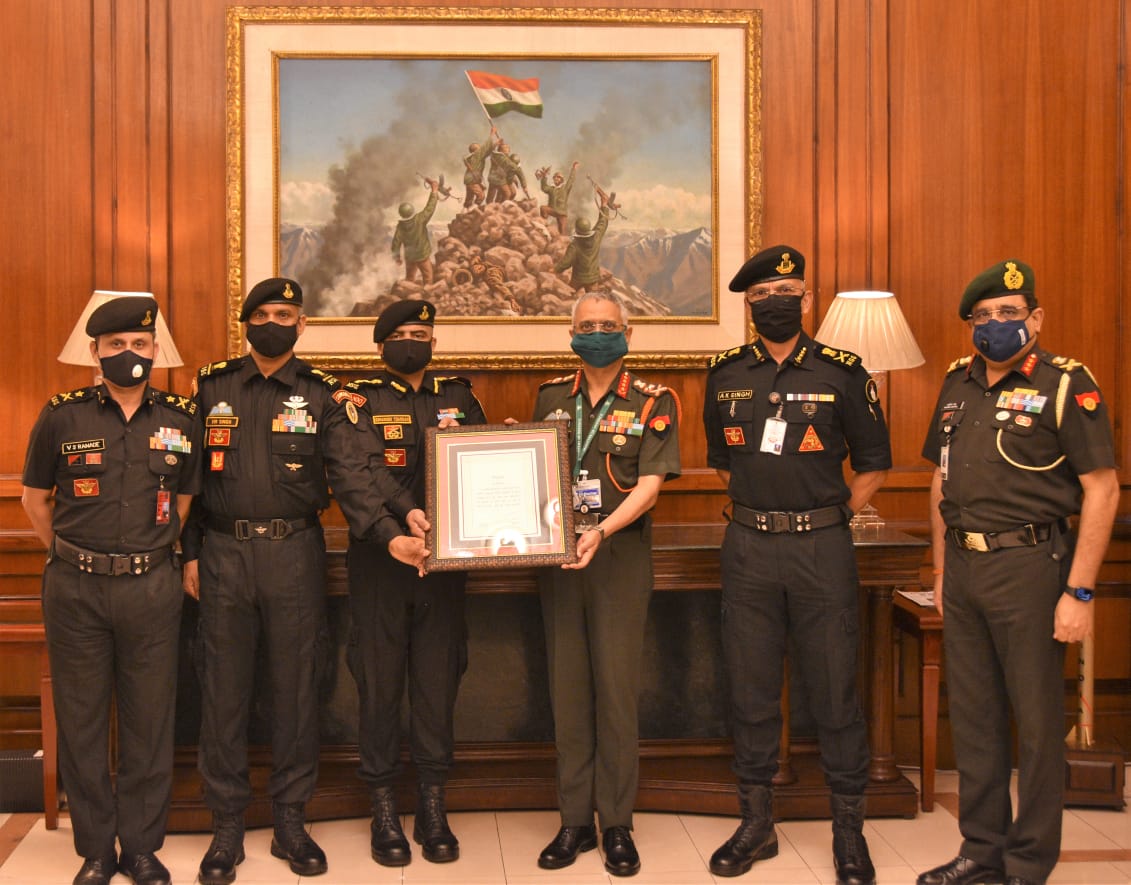 New Delhi: The Chief of Army Staff, Gen Manoj Mukund Naravane, today conferred the COAS Unit Appreciation to 51 Special Action Group of the National Security Guards in recognition of the Group’s outstanding achievements in combating terrorism. On this occasion, the COAS complimented the force for its capabilities and professionalism. The group draws 100% of its manpower from the Indian Army and has established itself as an elite Counter Terrorist Force earning many Gallantry Awards including three Ashok Chakras. Among various operations of the group, most noteworthy was Op Black Tornado during which it eliminated eight terrorists during Mumbai terror attack in Nov 2008, freeing over 600 hostages, including numerous foreign nationals. Since its raising in December 1984, 51 Special Action Group has carved a niche for itself among the most renowned counter terrorist outfits of the world.