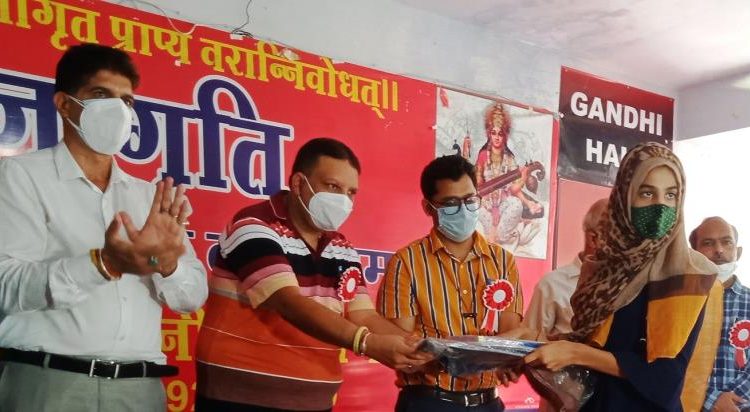 Speaking on the occasion, DSWO, Gourav Gupta appreciated the work done by the society and extended cooperation for the welfare schemes.

He said that the Social Welfare Department is also working for the welfare of the people and implementing various schemes in the district. He said that Childline should work in cooperation with social welfare.

Assistant Labour Commissioner said that the child labour will not be allowed at any cost in Udhampur and in coming days, they are going to launch a massive campaign against child labour in collaboration with the Child Line.

Vikram Slathia, Councilor of Ward number 6 also expressed his gratitude and hailed the work being done by the society for the welfare of the society. He stressed on awareness of various schemes of the government with the help of the society who are working on ground and know the reality so that it could be helpful in implementation of the schemes.

Meanwhile, Jagriti Old Home’s Working President, Udhampur, Jugal Kishore presented the vote of thanks and said that the society has made a great contribution to the society with its work.