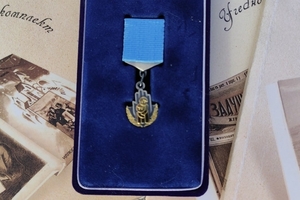 Today is World Writers Day. On the eve of this holiday, during a meeting of the Academic Council of PetrSU, the Children’s Fund Prize was awarded to Larisa Nikolaevna Kolesova, an associate professor of the Russian Language Department of the Institute of Philology, a leading specialist in the field of children’s literature and journalism, an honorary worker of higher professional education of the Russian Federation.
The prize was awarded by the International Association of Children’s Foundations for the contribution to the study of children’s literature, education of the young generation in the spirit of love for their homeland and its history.

Larisa Nikolaevna Kolesova has been working at Petrozavodsk University since 1965. She has written more than fifty articles, is the author of books on children’s literature and children’s magazines, has educated and continues to educate young professionals. Over the years of teaching, she has already trained more than 4,000 specialists in the field of the Russian language, literature and journalism. Today her students work not only in Karelian publishing houses, on radio and television, newspapers, Internet media, but also in other cities (Moscow, St. Petersburg, Murmansk, Vologda, Arkhangelsk) and countries: Belarus, Germany, Finland, Singapore.

There are people who, despite their venerable age, remain always young. This can be fully attributed to Larisa Nikolaevna Kolesova, who, having knowledge of the history of children’s journalism, shares with students.