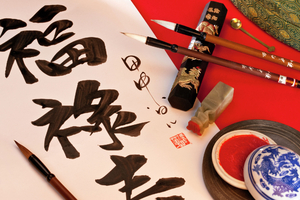 More than 1.3 billion people speak Chinese in the world.
Written Chinese is considered one of the most difficult in the world. To express all his wealth, about 80 thousand hieroglyphs are used. But for everyday use, 3-5 thousand characters are enough. In addition, it is one of the most ancient languages ​​in existence on the planet.

The site of Petrozavodsk State University is also conducted in Chinese.

The staff of the Linguistic Center of PetrSU note that every year more and more people want to learn Chinese, this difficult, but interesting and very beautiful language.

Listeners come to us for a variety of purposes. Some want to master the intricacies of Chinese writing, others are interested in Chinese culture and spiritual practices, so they need the language for a deeper immersion in the cultural environment.

Some people need Chinese for business or travel.

Undoubtedly, in order to achieve a fluent level of knowledge of the Chinese language, you will have to work hard. The Linguistic Center of PetrSU is always ready to help everyone who has decided to master it.

In classes in Chinese language groups, you can meet schoolchildren, students, staff and teachers of PetrSU.

And, of course, in the Linguistic Center of PetrSU you can meet Chinese students studying the Russian language, culture and art of Russia.

Chinese spelling is considered the most difficult in the world, but the grammar is the simplest. There is no conjugation, gender, or even the usual plural in Chinese.
No one can name the exact number of hieroglyphs, not even the Chinese themselves. There is an opinion that their number reaches 100 thousand, but in practice only 5 thousand are used.
There are no words “yes” and “no” in Chinese. To express agreement or disagreement, you need to use other constructions.
Many hieroglyphs are very similar to each other and sometimes differ only in one line.
Chinese is the official language of the PRC, Taiwan and Singapore.

Job Fair at the Medical Institute