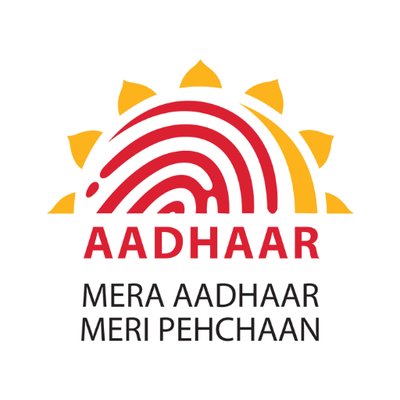 New Delhi: It has been reported in a section of newspapers today that ration cards of those who do not provide Aadhar number will be cancelled.

The timeline given to all States/UTs, under the Aadhaar notification of the Department of Food and Public Distribution dated 07.02.2017 (as amended from time-to-time) to complete the seeding of Aadhaar numbers with all ration cards/beneficiaries, has been extended up to 30/09/2020 by the Department. Until then, Department has issued clear instructions to all States/UTs vide letters dated 24.10.2017 and 08.11.2018 that no genuine beneficiary/household shall be denied from entitled quota of food grains, or their names/ration cards shall not be deleted/cancelled only on the ground of not possessing an Aadhaar number. Further, instructions are also issued that food grains under NFSA shall not be denied due to failure of biometric / Aadhaar authentication of beneficiary because of poor biometrics of the beneficiary, issues with network/connectivity/linking or any other technical reasons. During the current crisis situation, a pragmatic approach is needed so that no poor or deserving person or family is denied access to food grains. In due course linking of Aadhar to the ration card and beneficiaries will ensure that no person entitled to such ration is denied such access.

Due to relentless efforts of the Central and State/UT Governments, at present nearly 90% of all 23.5 Cr. ration cards are already seeded with the Aadhaar numbers of ration card holders (i.e. at least one member of family); whereas, nearly 85% of all 80 Crore beneficiaries have also seeded their Aadhaar number with their respective ration cards. Further, all concerned States/UTs are making continuous efforts to complete the Aadhaar seeding of remaining ration cards/beneficiaries under NFSA.

It is highlighted that the Department has started the implementation of National / Inter-State Portability of NFSA ration card holders under “One Nation One Ration Card” plan as part of a central sector scheme on ‘Integrated Management of Public Distribution System’ to protect the interest of poor and migratory beneficiaries.

To achieve seamless inter-State portability transactions of a ration card, it is essential to have a Centralised Repository for maintaining unique ration cards/beneficiaries’ data of all States/UTs covered under NFSA. Therefore, seeding of Aadhaar numbers becomes critical in establishing a unique record of each eligible ration card holder/beneficiary under NFSA in the country, so that his/her entitlement is protected.

Mock Drills to enhance preparedness for COVID in Odisha