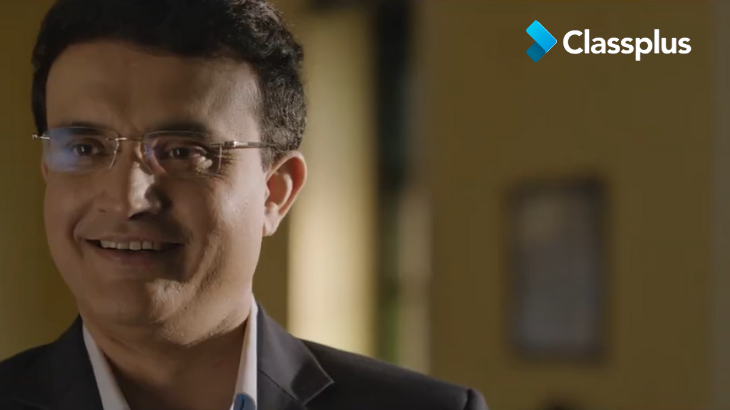 Noida: Classplus, India’s leading platform for teachers and coaching centers to go digital, has announced former Indian cricket captain, Sourav Ganguly as its brand ambassador and nationwide celebrity endorser. In addition to his role as brand ambassador, Sourav has also invested in Classplus in his personal capacity.

To kick off the association, Classplus has launched a nationwide cross-platform campaign, the centrepiece of which is an ad film featuring Sourav. Titled ‘Mrs. Banerjee’, the ad, which went live today, is a tribute to the tutors we all knew growing up, highlighting the tremendous impact they have had on our lives and the role they played in shaping us into successful individuals. In the wake of a lockdown which put their earnings and livelihoods at risk, this ad reminds us of just how much we owe them. It also showcases the benefits of adopting a remote learning model through Classplus and the platform’s potential to create a new future for all the educators who want to launch their online teaching.

Link to the video: https://www.youtube.com/watch?v=Gfj4A8TuBHk

“We’re thrilled to introduce cricketing legend Sourav Ganguly as the official brand ambassador for Classplus. During his time as captain of India’s cricket team, Sourav proved himself to epitomise everything Classplus stands for – empathy, integrity, taking unexplored paths and building for the future. He’s carried these traits with him ever since, and we couldn’t be happier to have him on board,” said Mukul Rustagi, Co-Founder, Classplus, while speaking on the launch of the campaign. “This ad reminds us of the role tutors and coaches have played in our lives. With Sourav’s association, we look forward to facilitating the shift towards online coaching, and empowering educators to mould many more leaders of tomorrow.”

Conceptualised by creative agency Option Design and produced by Opus Communication, ‘Mrs. Banerjee’ is directed by acclaimed filmmaker Aniruddha Roy Chowdhury. An industry veteran of both Hindi and Bengali cinema, Aniruddha is renowned as the director of 2016 Hindi thriller ‘Pink’, which was released to critical and commercial acclaim and won the National Film Award for Best Film on Other Social Issues.

On the association, Sourav Ganguly commented, “I am excited to launch this campaign alongside Classplus. During my time as a leader, one of the most important lessons I learned was the importance of backing my own team. Supporting players when they need it the most is critical to their future success. Classplus recognises that India’s tutors are vital to the nation’s academic success. As a category leader itself, it is applying these same lessons and providing educators with the support they need to transfer to a digital model. That’s what this ad showcases, and I can’t think of a better message to send out.”

Classplus empowers all teachers and coaching institutes with a mobile app allowing them to build their online identity, share study material, take live classes, and grow their student base. More so, they can even sell their content thereby setting up a new source of income for themselves. In a world where offline businesses were disrupted, teachers needed a consolidated platform rather than using different tools for all their communication, live classes, and study material sharing purposes. This is where Classplus became the digital identity for more than 50,000 teachers, making it the favourite app for educators across the country.