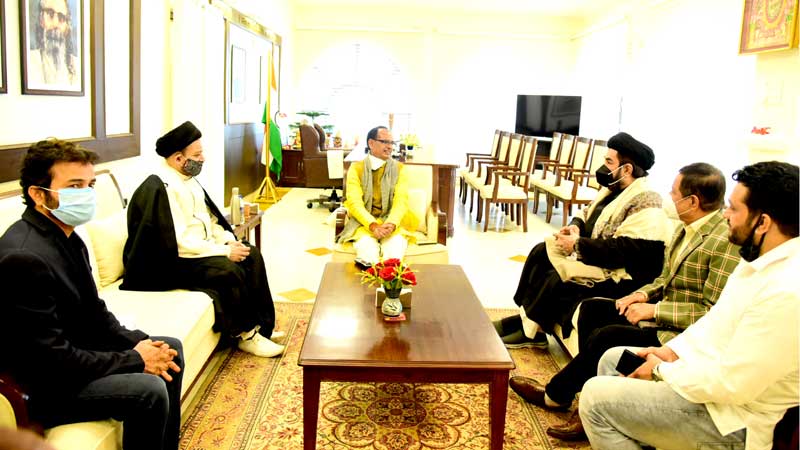 Bhopal : Chief Minister Shri Shivraj Singh Chouhan attends griha pravesh of the house of Shri Shiv Rekha Verma, a beneficiary of Pradhan Mantri Awas Yojana (Urban) at Dosi village on Jaora Road during his stay in Ratlam. Chief Minister Shri Chouhan also had lunch at the beneficiary’s house during the griha pravesh. Beneficiary Shri Verma said that it is our good fortune that the head of the state Shri Shivraj Singh Chouhan had food prepared by us. During the lunch, Chief Minister Shri Chouhan said that the food is very tasty and has been prepared very well. The experience of having food at a poor person’s house is a matter of joy. He praised the house built under the Pradhan Mantri Awas Yojana and also blessed the beneficiary to be happy always in his new house.

Chief Minister Shri Shivraj Singh Chouhan presented fruits and sweets to the children of the beneficiary family after lunch. Overwhelmed, the beneficiary said that – “Mama, you have done a great job for the poor. We have been provided with pucca houses after being shifted from the slums. While the new house has got us freedom from the slum, now we will be able to provide education to our children in a better environment. Thank you very much for this.”

NCC will be expanded in schools and colleges of the state: CM Chouhan