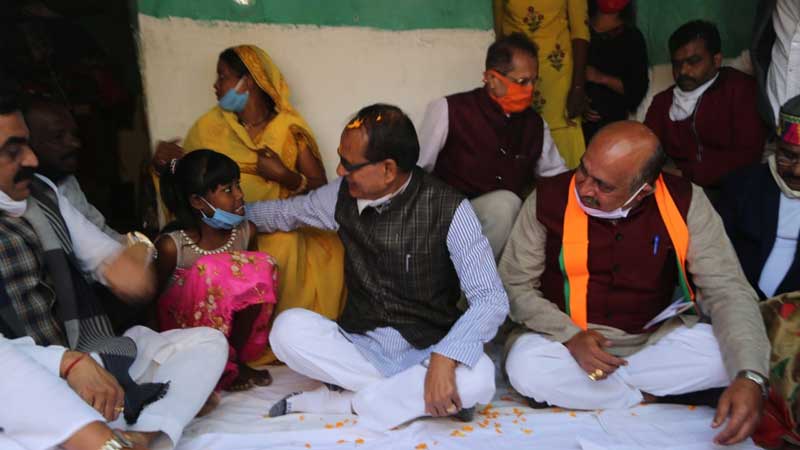 While interacting with the Chaudhary family, Chief Minister Shri Chouhan, sought information about the facilities they were receiving from the government. Shri Ashok Chaudhary told him that he is a truck driver and his wife Smt. Mala Chaudhary runs a small grocery shop in the house and contributes to the family income. They have three daughters and a son. Elder daughter Heena Chaudhary is married, while Khushi Chaudhary and son Anurag Chaudhary are studying in school.

His wife has received a loan assistance of Rs 10,000 to expand their business under the Pradhan Mantri Swanidhi Yojana and she is also associated with the women’s self-help group. The family is also a beneficiary of Sambal Yojana, Ujjwala Yojana and Ayushman Bharat Yojana. Chief Minister Shri Chouhan persuaded Khushboo, daughter of the Chaudharys and a dropout after Class VIII, to take admission in school again and start studying.