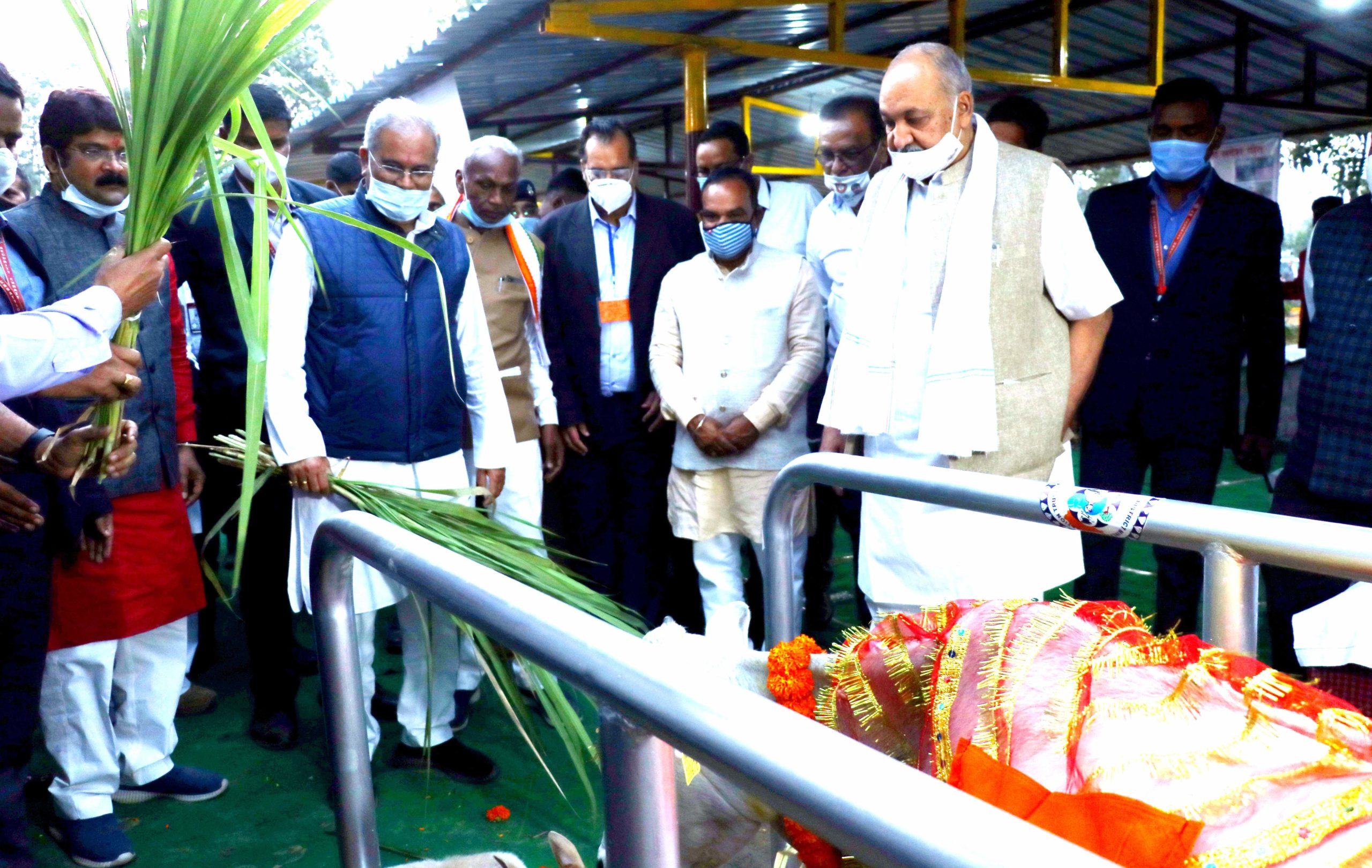 Chief Minister Mr. Baghel also visited the Mandaps decorated by women groups in the Gothan campus. He held discussion with the women present and on their request, instructed the collector to provide other means of livelihood in Gothan. Built at a cost of about 45 lakh rupees, this Gothan has a good system for preservation of cattle, including arrangements for fodder, water, shed and treatment of cattle. The total area of ​​Gothan is 19 acres. Of this, Napier grass has been planted in two acres for fodder. For its security, strong fencing has been done in an area of ​​1600 meters. About 550 cattle have been kept in Gothan. Dung is also being purchased in Gothan, from which vermi compost fertilizer will be prepared.

Women belonging to women empowerment self-help groups in the Gothan campus told Chief Minister about pesticide matka fertilizer and said that this fertilizer is very useful in increasing the yield of vegetables. Women informed him about incense, camphor, incense sticks made of cow dung in Gothan along with pure milk, curd, buttermilk and Chhena Rasgullas made by milk. Similarly, Swacchta didis of the Manikanchan Centre affiliated to the Municipal Corporation, informed Chief Minister about the idols of various deities, dung wood, lamps and packets of vermicompost made from cow dung under the Godhan Nyaya Yojana. On this occasion, District Collector Mr. Bheem Singh, SP Mr. Santosh Singh, Municipal Corporation Commissioner Mr. Ashutosh Pandey, ADM Mr. Rajendra Katara and local public representatives along with other dignitaries were present.