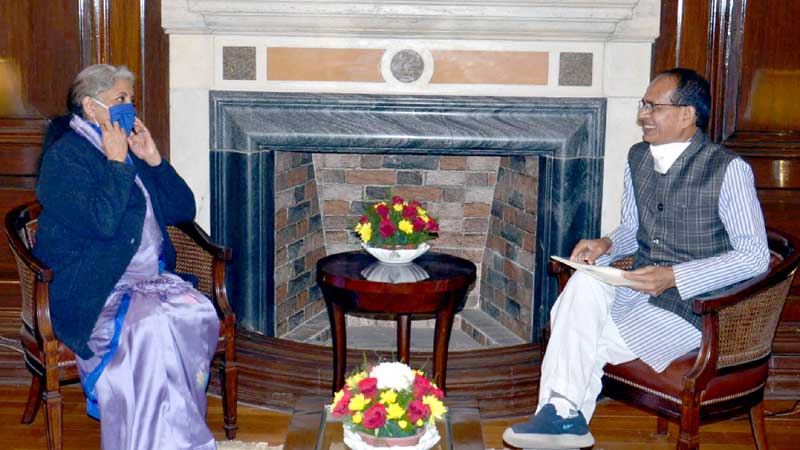 Shri Chouhan urged the Union Finance Minister that for better financial management, states should be allowed to taske one percent additional loan from the market so that during the financial crisis and Covid crisis, neither will the pace of development work get affected nor would the schemes of public welfare or other development works get obstructed.

The Chief Minister told the Finance Minister that Madhya Pradesh leads in Pradhan Mantri Swanidhi Yojana. But due to certain practical problems, the bank rejects the loan applications of applicants. The major problem is the demand of CIBIL ratings by banks, of which the poor have no information. Shri Chouhan urged that the CIBIL rating should not apply to street vendors. The Union Finance Minister readily accepted this request. Shri Chouhan informed that Madhya Pradesh has chalked out a rural street vendor scheme with a view to bring back the lives of street vendors in rural areas on track. Under this, the state government is providing loans up to Rs 10 thousand without interest. Shri Chouhan hoped the Centre to extend cooperation in this scheme.