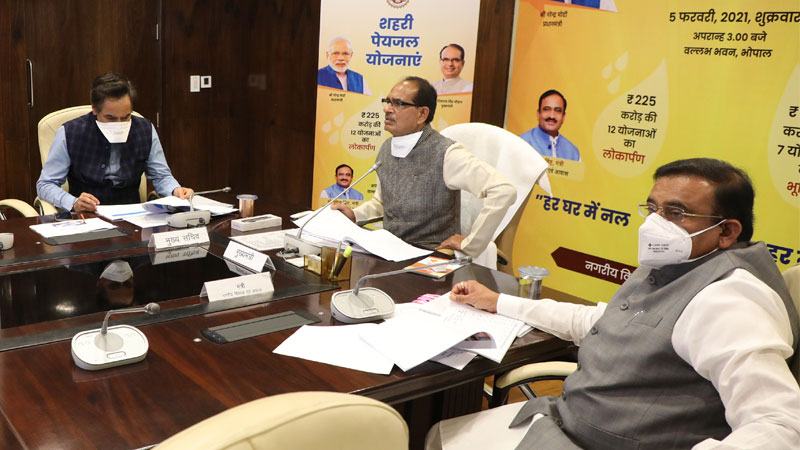 Bhopal : Chief Minister Shri Shivraj Singh Chouhan has said that adequate clean drinking tap water will be provided to every town in the state. For this, the drinking water schemes in progress should be completed on time, their quality should be good and restoration work should be done simultaneously and the work site should not be left after finishing the digging work. The Chief Minister said that no city of the state should be without a sewerage system. It should be ensured that the sewerage schemes become functional and the treatment of sewage starts.

Chief Minister Shri Chouhan directed that physical verification of the schemes that have been completed should be undertaken. Commissioner Urban Administration informed that drinking water schemes have been completed in 211 urban bodies of the state and work is going on in 167 others.

Why the scheme of 2014 was not completed

Chief Minister Shri Chouhan directed that the drinking water schemes which have not been completed should be monitored daily and completed soon.

Chief Minister Shri Chouhan said that the present system of sewerage in Amarkantak is not good. Special efforts should be made there to complete sewerage work quickly. Dirty sewage should not be allowed to flow into the Narmada River. Special attention should be paid in this regard in Chitrakoot as well. Also complete the sewerage project of Omkareshwar soon.

Chief Minister Shri Chouhan asked to cooperate cordially with the contractors doing good work. Action will be taken against contractors who do not work or do inferior work.

The Urban Development Commissioner informed that at present about 2200 M.L.D. of sewerage is being generated daily in the urban bodies of the state. Out of this only about 30 percent of the volume (690 M.L.D.) is treated. Treatment of 1880 M.L.D. of sewage daily will be arranged by the year 2022, which will be about 86 percent of the total sewage.