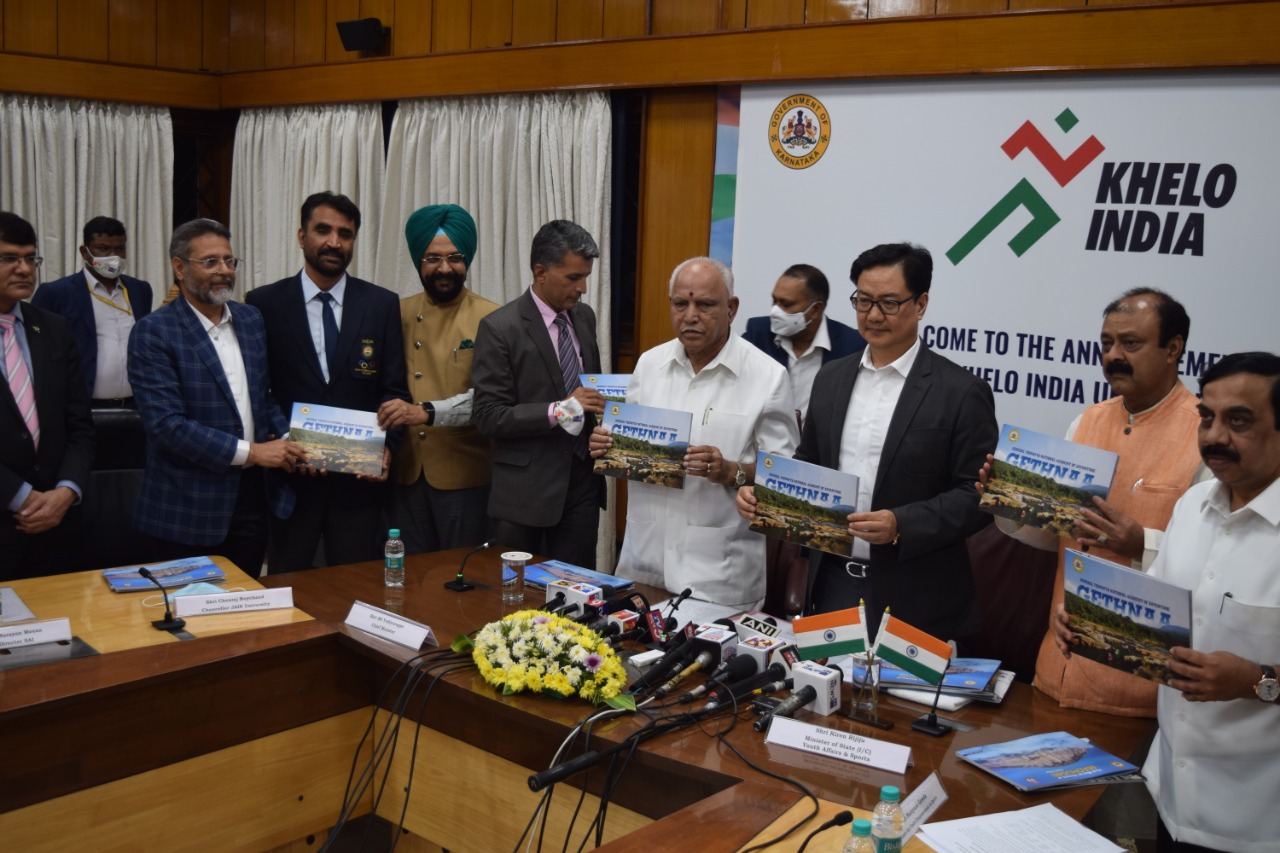 Bangalore: Chief Minister Shri BS Yediyurappa and Hon’ble Union Sports Minister Shri Kiren Rijiju announced that Karnataka will be the host state for the second Khelo India University Games (KIUG) 2021, scheduled later this year. The games will be hosted by Bengaluru’s JAIN (Deemed-to-be University), in partnership with the Association of Indian Universities (AIU).

KIUG is the largest University Games in the country and is aimed at harnessing sporting talents who can represent India in international events, including the Olympic Games. In this, the second year of the KIUG, Yogasana, and Mallakhamb has been added, with an emphasis to preserve and encourage the century-old sporting disciplines of the country. With the inclusion of these disciplines this year, it is expected that the athlete participation figure will cross 4000. This year also, the games will be conducted in the under-25 age category in accordance with the World University Games norms.

Speaking about being the host state and assuring the best possible support for the games, Shri Yediyurappa said, “We are honored to be hosting KIUG 2021, and we are confident that the Games will produce some of the best future sports champions of India. The Govt. of Karnataka will ensure that University games turn out to be a massive success.”

Foreseeing even larger participation this time around, Shri Rijiju said, “Countries that have great sporting performance have often forged their sporting heroes from the University level. In India, we need a sustained, concentrated effort and plan to identify talent from Universities. This year, with the inclusion of indigenous games to the competition, we are hopeful that the number of participants will see a marked increase.”

Speaking about the partnership with KIUG, Shri Baljit Sekhon, Joint Secretary, AIU said, “KIUG is a clear path to Olympic glory for our athletes beginning from the University level. AIU is proud to partner with KIUG and we will also be having AIU’s National-level competition at KIUG this year.”