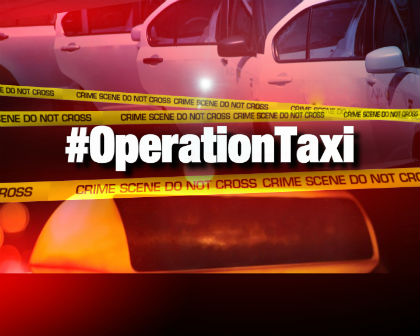 New Delhi, August 8, 2017: The soaring popularity of the app based cab services has redefined the face of the transportation industry in several Indian cities. From women and senior citizens to people with disabilities, these affordable app based cabs allow people to travel alone at their own convenience. But how safe are these cabs?

Between 2015 and 2017, at least eight heinous crimes were committed by drivers of these app-based cabs. Since the very first incident came to light, cases regarding crimes against women and concerns over passenger safety have only grown. CNN-News18, embarked on a fortnight-long extensive investigation #OperationTaxi, to reveal how app based cabs have become a nightmare. After taking over 300 rides, the team found some shocking loopholes in the system and focused on issues like unverified drivers, fake licenses being issued, no action on complaints by customers and tainted drivers re-entering the system.

A team of 25 reporters from across the country went to investigate in 4 metro cities that included the National Capital Region, Kolkata, Chennai and Bengaluru. The channel’s team caught on spy camera, cab drivers spilling secrets and admitting how they never registered to drive that particular cab and were, in fact, driving someone else’s cab. The investigation further revealed that some of the drivers were using fake driving license and even their verification was based on fraudulent documents. This means that not only a driver can be untraceable after a crime but he can also enter the system again using forged identity.

While these shocking admissions from the drivers paint a very frightening and disturbing picture, they also reveal that how even after multiple crimes by the drivers and thereafter multiple promises by the companies, the safety of the passengers is being compromised for financial gains.

Following the telecast of the sting operation on the channel, several authorities have taken stock of the situation and promised action. While Nitin Gadkari, Union Minister for Road Transport and Highways has taken cognizance of the issue, Kailash Gahlot, Delhi Transport Minister has assured proper action will be taken by the Delhi government. The latter agreed that issue of negligence when it comes to driver verification is a serious concern. He guaranteed that they would be taking all the precautions in the coming City Taxi scheme. The app based cab services will have to share the data of any driver registered with them and the drivers will have to go through rigorous police verification process.