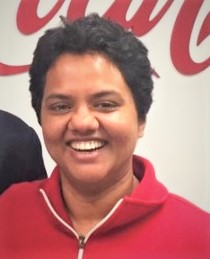 “This new addition to the leadership team of Coca-Cola in India is designed to address developing business needs and reinforces our commitment towards investing in diversity and talent development”, he added.

Asha Sekhar, who will report to Coca-Cola India and South West Asia’s President T Krishnakumar, is a Coca-Cola veteran and has spent over 13 years with the company. In her previous role, as Director – Media, Coca-Cola India & South West Asia, she was pivotal in setting up a separate media function to efficiently leverage marketing efforts in an increasingly complex media landscape.

As a core part of the marketing function, Asha has been a significant change agent for driving media strategy. Some of her many significant achievements include, the inception and later scale-up of Samvaad, an in-house digital experience center for Coca-Cola in India, that delivers consumer centricity for Coca-Cola’s brands, company and customers. She has also delivered some ‘industry-first’ pioneering projects and driven strategic media partnerships.

Prior to this, she worked for over a decade with WPP, Universal McCann, Madison and Mudra, managing media businesses for leading brands. She has developed multi-level engagement with all key segments of the dynamic media landscape ranging from technology platforms to content distributors.

The University of Queensland (UQ), is visiting India to meet with students interested in pursuing an education abroad