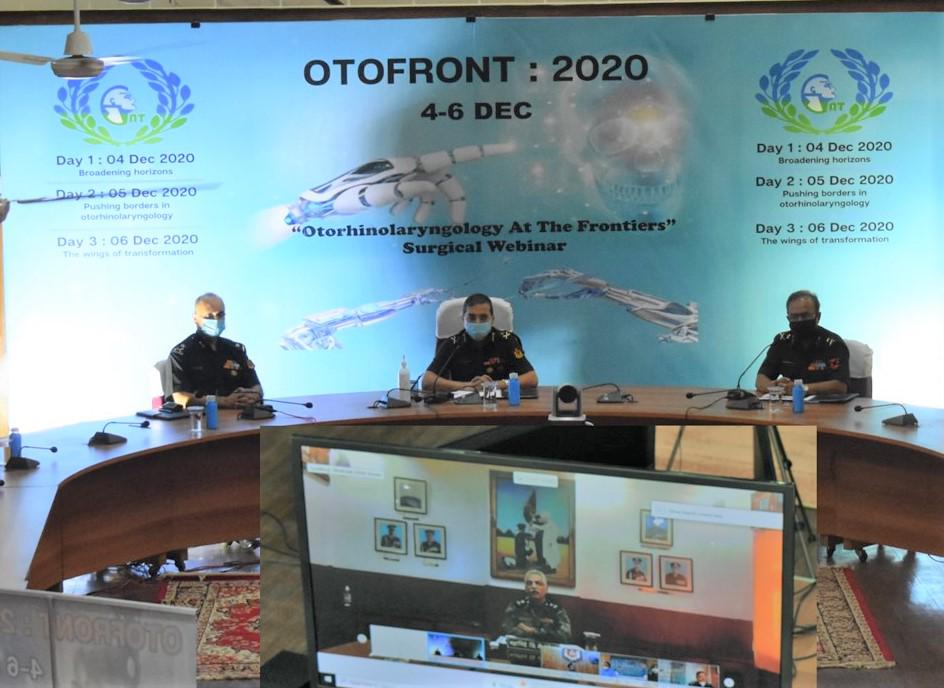 Mumbai: The Department of ENT, Command Hospital (Southern Command), Pune, is organizing a National Conference OTOFRONT- 2020 ‘Otorhinolaryngology at the Frontiers’ from 04-06 December 2020, under the aegis of chief patron Major General S Hasnain, Commandant Command Hospital (Southern Command). It was inaugurated by Lieutenant General AK Hooda, PHS, Director General Medical Service (Army) & Colonel Commandant Army Medical Corps over a digital platform on 04 December 2020. He emphasised that, as the field of medicine gets more and more specialized, doctors are getting focussed onto minor intricacies and subspecialities. However, care and medical treatment of a patient is normally an overlap of many specialities, and has to be addressed as such. That is the essence of this workshop. This workshop is about the interface and co-operation between various surgical specialities.

The workshop will span over a period of 3 days, where surgery videos will be demonstrated by eminent surgeons. The endeavour will be ‘An amalgamation of knowledge of senior Surgeons and the zeal of the young’. Surgeries, where an interface is required between ENT and various subspecialities like Neurosurgery, Oncosurgery, Reconstructive Surgery, Maxillo-facial surgery, GI surgery and anaesthesiology, will be deliberated, to provide optimal patient care & improve outcomes. Almost 500 delegates from all over the country are participating in the conference.

Colonel Uma Patnaik, Head of ENT Department, Organising Chairperson said that in the current COVID scenario, following “social distancing norms” the conference has been planned on a totally digital platform. It is anticipated that this form of “Teaching Learning” will now be the “New Norm” for most conferences.