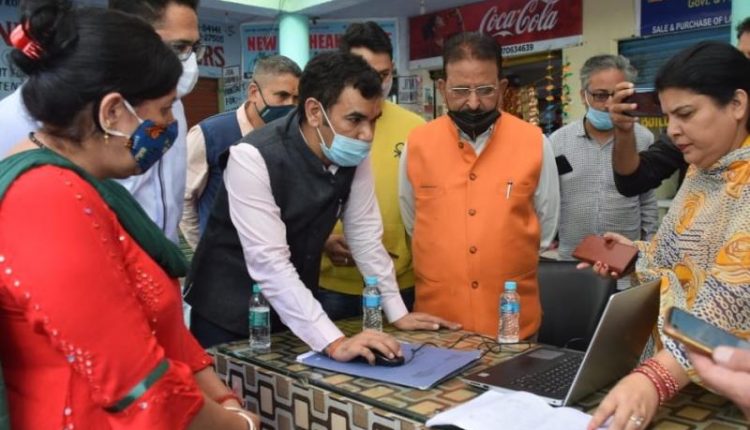 During the camp, public was educated about the online portal through which certain revenue records can be viewed and downloaded. Revenue officials also gave hand holding and basic information about the online system to the participants.

Commissioner Secretary interacted with the event participants and helped them understand the basics of the online portal. He informed that through this medium, public can access records like Jamabandi, Massavi, Mutation and Girdwari without even registering on the online portal. The portal can be accessed by visiting www.landrecords.jk.gov.in.

Commissioner Secretary said that the portal is an attempt to provide hassle-free revenue services to the public at the click of mouse. He also highlighted that the portal will bring in added transparency and accountability for further streamlining of the system.

He was informed that the department aims to organise similar awareness camps in different wards within several municipal wards of Jammu.