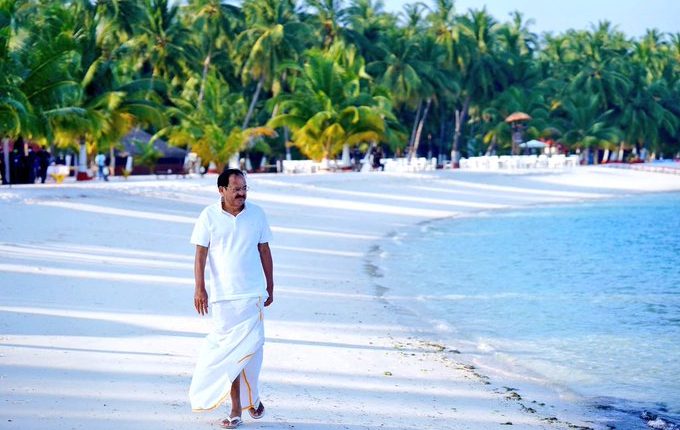 New Delhi: Vice President, Shri M. Venkaiah Naidu urged all countries to put in consolidated efforts to limit global temperature levels, so that smaller islands and their sublime beauty stays intact, and the homes of the islanders do not get displaced.

Expressing his deep concern on the effect of climate change and global warming on the small islands, the Vice President said that it is unfair that small islands whose percentage of overall emissions is minimal, pay the price for the negligence of big nations. “Rising sea level, storm surges, flooding and coastal erosion pose a great threat to the inhabitants of various islands across the world,” he added.

The Vice President who concluded his two day official tour to the Lakshadweep islands wrote a Facebook post sharing his experiences of the visit. Describing the Lakshadweep islands as the best kept secrets of India, the Vice President said, “It is a joy to be surrounded by the vast expanse of turquoise blue water, canopying palm trees, white sand shores and the clear blue skies.”

Vice President lauds scientists in defence, space & other sections for their excellent work