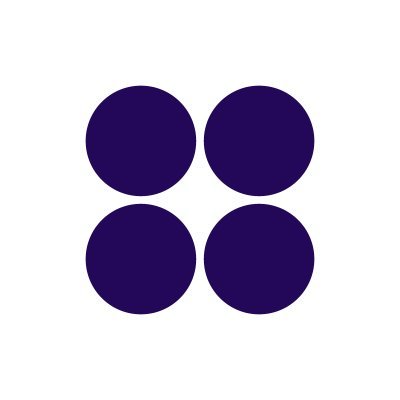 Connections Through Culture: Indian arts organisations and creative professionals connect with Wales and Northern Ireland through the British Council

Delhi: The British Council, today, announced the winners of its Connections Through Culture grants from India, Wales and Northern Ireland. For the year 2021-22, British Council has shortlisted 11 recipients from across India. As per the final selection, Indian artists, arts organisation and festivals will create new projects with the total of 6 Welsh and 5 Northern Irish counterparts.

The British Council’s Connections Through Culture grants aim to promote arts and cultural exchange between the UK and India, through co-creation of projects, for creative innovators in the countries. As part of British Council’s Festivals for the Future programme in India, at present, the grant supports 16 artistic collaboration and exchange programmes between creative professionals, arts organisations and festivals across India, with partners from Wales and Northern Ireland.

Workshop on the nomination of the Aden Peninsula as a UNESCO…

Takeaways from the Ethiopia media delegation exchange with…

The scheme is designed to enhance creative capabilities and develop capacity for artists and festivals in India and its partners, to build long-lasting relationships between the two geographies. Celebrating the varied cultural connections and traditions, grantees from India will gain from collaboration with Wales and Northern Ireland.

Talking specifically about Northern Ireland, the collaborations come at the beginning of a long-term exchange between creative professionals and arts organisations from the two countries.

As for India’s creative partnership with Wales, this grants scheme is an opportunity to build on the success of the India and Wales long-standing cultural relations, the joint funding programme between the British Council and Wales Arts International/Arts Council of Wales. Wales’ involvement in the UK-India Year of Culture in 2017, marked the 70th Anniversary of independence in India. The India-Wales programme has supported 13 projects with over 2000 participants, to deliver creative outcomes in the form of film, theatre, literature, dance, music and applied and visual arts. The programme has seen a reach of about 4.9 million over social media channels and has engaged about 80,000 audience members across India and Wales.

Barbara Wickham OBE, Director, British Council India said: “We are delighted to announce the recipients of the Connections Through Culture grants for India with Northern Ireland and Wales. Having received some amazing applications, we are excited to see the development of this collection of terrific arts and culture projects come to life. The grants aim to build imaginative bridges between India and the United Kingdom and to strengthen the development of culture and the creative economy, especially between artists and arts festivals. As we look toward India’s 75th anniversary of Independence in 2022 these projects will enable artists, arts organisations and festivals across the nations to connect, create and collaborate.’’

The British Council showcases the best of the UK‘s arts and culture overseas. The Connections through Culture grants are part of its ambition to promote mutual and equitable collaboration between artists in India and Wales and Northern Ireland, and to provide new platforms to promote the culture and creativity of both countries to international audiences.

Meet the successful recipients of the Connections Through Culture grant scheme 2021-22.

Industrial connections between India and Wales stretch from the Imperial era to the present day. The Glynn Vivian family made their money manufacturing copper, shipped throughout the British Empire. Today, the steel works in Port Talbot are owned by an Indian family: the Tatas. This project will explore these enmeshed industrial histories and contemporary concerns through interdisciplinary digital events; bringing together artists, curators, writers, art historians, historians, scientists and economists from India and Wales. Kaite O’Reilly Navtej Singh Johar The Land is calling through the body is a sharing of practice, traditions, and processes, exploring the connections between culture, body, voice, tradition and the wounded land – how it calls, shapes, and speaks through us. Two central concepts will be the Welsh hiraeth – a deep longing and yearning for the land and the Punjabi biraha, the call of the heart in separation. These concepts will inform the devising process, with stimulus arising from the sharing of Punjabi Sufi poetry/song and traditional instruments sarod, tabla, harp and crwth, alongside song. We will work in translation through Welsh, English and Punjabi. Prof Marc Rees Pickle Factory Dance Foundation CRO|PAN is a conversation between artists in two temporary structures to reflect/comment upon our hybrid times and imagined futures: CROMEN (Wales) + PANDAL (India) in collaboration between Marc Rees and Pickle Factory Dance Foundation, in partnership with National Eisteddfod of Wales.

CROMEN will be located at the Eisteddfod site hosted by Rees, where selected Welsh artists will respond to an immersive digital journey to the Pandals of Durga Puja – a socio-cultural religious community-led festival in Kolkata.  Subsequently CRO|PAN will be created as a venue for Pickle Factory’s Season 3 ‘Take the City’ hosting artists and audiences from both countries. Jonny Cotsen Access For ALL A project between a Deaf performer & creative consultant, Jonny Cotsen and arts accessibility consultancy Access For ALL (to develop MAAF (Manifesto for Accessible Art) where accessibility is at the apex of planning an all-inclusive arts festival celebrating artists and audiences with disabilities. The aim is to move away from ‘ableism’ in the art world, which is led by non-disabled persons for the people with disabilities and empower those with varied abilities. This collaborative bipartite project focuses on a DARD (Digital Artists’ Residency for Artists with Disabilities) and an outreach program to create awareness for key stakeholders. Aberystwyth Arts Centre Dream a Dream A Thriving Future for Us is a creative collaboration between Dream a Dream in Bangalore, India, and Aberystwyth Arts Centre in Wales. It provides a platform for young people age 12 – 18 from both countries to collaborate on a digital art project focusing on creating a sustainable and thriving future. Community artists in both countries will support young people to explore their personal connection to the idea of a sustainable future, using the tools of creative storytelling and digital technologies. The young people will explore, process and express their hopes and fears for a future that belongs to them. Northern Ireland Partner India Partner Details Derry/Londonderry: Celtronic Boxout.FM Derry/Londonderry, an electronic music festival, Celtronic has partnered with New Delhi online radio station Boxout.fm to create new music through artistic collaboration. In year one, 18 acts – ranging from a mix of ambient, house, electro, and techno – from both Derry/Londonderry and India, have taken part in a two-day live stream, showcasing up-and-coming music from both parts of the world. As the project develops past this research and development phase, the ambition is to create a selection of new music with curated events both in Derry/Londonderry and India. Arts Ekta Rhythm and Ragas Arts Ekta  – the cultural charity responsible for the Belfast Mela – has joined forces with Rhythm and Ragas, a traditional performing arts group in the northern Indian state, Rajasthan to develop new outdoor street theatre performances.

Building on a body of work and research carried out by ArtsEkta between 2010 – 2012 through the Diwali and Samhain festival which explored Celtic and Indian traditions and the broader cultural relationship between India and Ireland, the project aims to strengthen the creative partnership between the two organisations. It will explore the commonalities between age old Irish and Indian myths and legends drawing on common themes and traditions between both cultures enabling an artistic exchange between Northern Ireland and Indian dancers, musicians, and storytellers.  Musician Marty Coyle, together with Donegal’s Earagail Arts Festival Jodhpur RIFF festival Musician Marty Coyle, together with Donegal’s Earagail Arts Festival, will work together with the Jodhpur RIFF festival in Rajasthan to create a new touring show.

In 2019, Martin spent time collaborating with Rajasthani and Irish musicians commissioned by Earagail Arts Festival and made strong and lasting connections with artists and the Jodhpur RIFF festival. Phase one of this grant will enable the partnership to develop further, through the composition of new works that will be showcased in both countries and facilitate the growing collaborative relationship between both cultures.  Lyric Theatre Rage Theater The Lyric Theatre will connect with Rage Theatre in Mumbai to explore themes of colonialism, communication, and language. The hope had been pre-Covid-19 to have the workshops in Mumbai and Belfast in person but due to the ongoing pandemic these exciting workshops will now be carried out online.

After this first research and development phase, the collaboration has the potential for a long-term partnership as Northern Ireland has a small yet significant Indian population and young people from minority communities can be nurtured to create opportunities to express artistic ambitions. In the long term, this partnership could create new platforms to discover or create new work and offer innovative and exciting opportunities for talented artists to meet and work together.  Kabosh Creative Arts India Through the grant, independent theatre company Kabosh together with Creative Arts India are developing work around women’s rights and gender violence across Kolkata, Delhi, Belfast, and Derry/Londonderry. Through a cross-cultural collaboration that place these issues in a global context, the research, and development phase aims to develop a knowledge of each other’s creative drive, social and the political context for creating work, interacting and inspiring local artists and students in India and Northern Ireland by exploring participatory practice and skills development for positive social change.

In years two and three of the programme, both organisations will identify opportunities for collaboration that broadens the impact of the work within an international context.

For more information on Connections Through Culture: Visit:

University of Auckland: Children’s screen time and the impact on cognitive development

Takeaways from the Ethiopia media delegation exchange with the Kenya counterpart