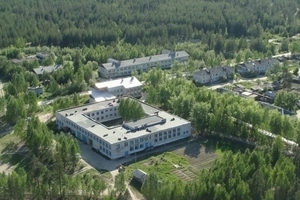 Cooperation with the Kalevala region is in force

Together with the residents of the village, Elena Guseva discussed the results of the events, paying special attention to working with the school in Borovoe: webinars, quizzes, online lectures and consultations of teachers on various subjects. And also, a special event – the transfer for use of the resuscitation and diagnostic simulator “Vitim – 2-08 U No. 6” for organizing and conducting classes on life safety, first aid trainings for students of the Borovsk secondary school.

According to the residents of Borovoe, all the events of PetrSU were of great importance, but I especially remembered and really liked the event “Workshop of the Word in the Kalevala District”. The event was held by PetrSU in a remote format and was able to unite the younger and older generations.

Among those present at the meeting with E.Yu. Guseva was a resident of the village of Malitskaya Alevtina Nikolaevna, a poetess, author of poems about Karelia. Alevtina Nikolaevna asked to continue creative activities and invited to the village Svetlana Olegovna Zakharchenko, associate professor, candidate of philological sciences, member of the Union of Russian Writers, member of the library council of the Scientific Library of PetrSU, to hold a creative meeting with the residents of the village and an educational lesson with students at the local school.

The events with PetrSU turned out to be extremely interesting and useful. We will take the provided methodological material into work with children. Many thanks from all Borovchan! We look forward to continuing our joint work with PetrSU!

Eldar Vershinin, a student at the Institute of Mathematics and Information Technology, spoke about the exchange program at the University of Eastern Finland

Meeting of the of PetrSU, Academic Council (June)