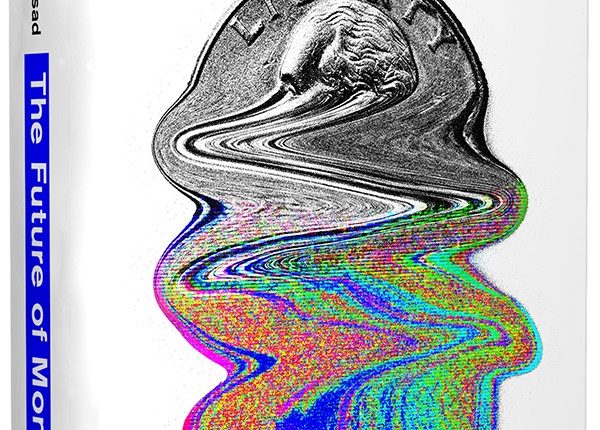 In his newest book, Cornell economist Eswar Prasad details how accelerating financial change – such as the rise of cryptocurrencies such as Bitcoin – will transform economies for better and worse.

In “The Future of Money: How the Digital Revolution Is Transforming Currencies and Finance,” Prasad foresees the end of physical cash, spurred by the emergence of cryptocurrencies and provoking central banks to develop their own more stable digital currencies.

“Physical money is slated to become a relic, with digital payment systems becoming the norm around the world,” said Prasad, the Nandlal P. Tolani Senior Professor of International Trade Policy at the Charles H. Dyson School of Applied Economics and Management. “Still, privately intermediated payment systems are likely to gain in importance, giving central banks a run for their money.”

Many central banks are currently experimenting with digital versions of their currencies, Prasad said. China, Japan and Sweden have commenced central bank digital currency trials, with the Bank of England and the European Central Bank preparing their own tests. The Bahamas, in 2020, became the first nation to issue its official currency in digital form.

“Competition between various forms of privately created money and central bank money in their roles as mediums of exchange will intensify, particularly as the barriers to entry become lower,” Prasad said. “Cryptocurrencies will evolve as their technology improves and as global corporations like Facebook and Amazon join the game.”

Innovative financial technologies and systems will drive a new age of commerce, providing the potential for individual countries and corporations to ease frictions that now impede international business and cross-border financial transactions, he said.

Canadian Authors and Illustrators Shine as the 2021…

A Stellar Line Up Of Brilliant Minds at Tata Literature…

“Improvements in the speed, transparency and costs of such transactions can help reduce the impact of these impediments,” Prasad said. “These changes will be a boon to exporters and importers, migrants sending remittances back to their home countries, investors looking for international diversification opportunities for their savings, and firms looking to raise capital.”

New technologies also hold the promise of democratizing finance and broadening access to financial products and services, he said.

“A digital dollar will give even the poor and unbanked easy access to a digital payment system and a portal for basic banking services,” Prasad says. “Small businesses would benefit from lower transaction costs and avoid the hassles of handling cash.”

Further, he said, a digital dollar would hinder illegal activities such as tax evasion, drug deals, money laundering and terrorism financing, which all rely on anonymous cash transactions. And replacing cash with digital payments would bring informal economic activity – such as paying a babysitter or gardener – out of the shadows and into the formal economy.

But there are costs, too. “One concern, for instance, is the loss of privacy,” Prasad said. “Even with protections in place to ensure confidentiality, no central bank would forgo auditability and traceability of transactions necessary to limit use of its digital currency to legitimate purposes.

“The end of cash is on the horizon and the time has come for an extensive public debate on what takes its place,” he says. “After all, a digital dollar will affect not just money but also the economy, finance and society.”

Prasad is a senior fellow at the Brookings Institution, where he holds the New Century Chair in International Economics, and a research associate at the National Bureau of Economic Research. He is a former head of the International Monetary Fund’s China Division.

A Stellar Line Up Of Brilliant Minds at Tata Literature Live! The Mumbai LitFest 2021…

A stellar line up at Teamwork Arts’ ‘BE INSPiRED’