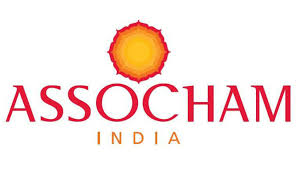 New Delhi: Eminent experts from the government, industry and AYUSH field today at the “Global Ayush Mela” organized here today said that Corona has proved to be a blessing in disguise to showcase the efficacy and relevance of Ayurveda and Yoga etc. in modern times to the entire world which has now begun looking at it in new light.

To promote Indian Ayush industry nationally and globally, Assocham has partnered the Ministry of Ayush, Government of India to organize ‘Global Ayush Mela’, a three day virtual expo to provide a platform for various stake holders to network, encourage education and honour the leaders of the industry. AYUSH, an acronym for Ayurveda, Yoga & Naturopathy, Unani, Siddha and Homeopathy is a classical medical system based largely on the use of medicinal properties in plants and a healthy way of life with established concepts on prevention of diseases and promotion of health.

The three day event has a slew of eminent personalities and experts from the government, industry and academia who will engage in panel discussions, lectures and talks on pertinent topics. A knowledge report titled ‘Medicinal plants for rural development for North East’ compiled by ASSOCHAM was released by Dr Jitendra Singh, Minister of State, Prime Minister’s Office and MoS (I/C), Ministry of DoNER, Government of India, who was the Chief Guest at the inaugural session. An awards session also held as part of the event to honour stalwarts of the industry and a Manufacturing Facility of Kudrati Ayurved, Gujarat was also remotely opened by the dignitaries.

Speaking at the event, Shri Rajesh Kotecha Hon’ble Secretary, Ministry of AYUSH said, “Global disruptions due to the pandemic has opened avenues for the deep-rooted ancient knowledge and treasure trove of medicinal plants used in the Ayush system of treatment as an answer to the challenge of Covid. India’s stronghold in the field of Ayurvedic immunity boosting practices puts us in a strong position to meet present and future demands. The government has been championing the growth of this sunrise industry through various schemes and 4000 crores have been announced for the Ayush Sector exclusively for medicinal plants under the Atmanirbhar Abhiyaan.”

“10 lakh hectatre cultivation of medicinal plants will soon be a reality and there will be startup incubation centres to aid the growth of the Ayush sector. Five such incubation centres will come in the country in the next six month. Also, 68 research studies are being done all over the country in this field. All these show the commitment of the ministry and the government towards giving the filed its rightful place. With the rising interest in Ayush, now is the time for all stakeholders including private players to work together towards a shared common dream that is the growth Ayush in the country and beyond,” he said.

The Chief guest of the event, Dr Jitendra Singh, Minister of State, Prime Minister’s Office and MoS (I/C), Ministry of DoNER, Government of India, said, “I congratulate ASSOCHAM for taking this timely and much needed initiative to connect industry, research and academia to collectively work for raising the potential of Ayush system. Covid has awakened us all on the importance of healthcare as a national priority and also made the world aware of the virtues of yoga, Ayurveda and traditional medicine, etc. Now they have come to trust this much more than earlier on and there is a renewed interest in yoga, Ayurveda etc. which have always been thrust areas for PM Modi Ji from the very beginning. It also gives me immense pleasure to learn that an industry report has been prepared by ASSOCHAM focusing on medicinal plants and rural development for North East of India.”

Shri Acharya Balkrishna, Vice Chancellor, University of Patanjali said, “I congratulate the organisers for this very relevant event. There were many preconceived notions about Ayurved and yoga before Corona but this pandemic gave us an opportunity to dispel them and showcase to all that they can play a big role especially in the prevention of diseases like these. We faced several problems but today we are directly involved with more than one crore families and have reached to more than 50 crore people overall in various ways. These are all established things so I request all to get out maximum benefit from our traditional knowledge and medicines.”

“Now people have also accepted Coronil as a preventive medicine and as a Suraksha Kawach. I am happy to share that the well known Molecules international journal has accepted the Coronil research work and will be publishing on their website in a day or two. This will lead to more acceptance of not only Coronil but also the extensive research work that went behind it.” He added.

Talking about the universal goodness and benefits of Indian systems of Medicine and Homoeopathy, Dr Niranjan Hiranandani, President ASSOCHAM said “Ayurveda and Immunity is an Arm to Battle with Coronavirus. We need a holistic approach that focuses on feeding ourselves with the right kind of nutrition. AYUSH has huge potential to promote better health and thus positively impact the Indian economy. It is witnessing a speedy rise on the back of promotional and educational initiatives by the Government, medical tourism, and consumer awareness regarding the advantages of using alternative medicines.”

Speaking at the event, Mr Deepak Sood – Secretary General – ASSOCHAM said, “The concepts, fundamental principles and the rich cultural and traditional values of AYUSH are well known to the world, research and development is needed to promote the production and export of quality products in the form of drugs and supplements. In an era of globalization, the world market for traditional and herbal medicine is promising. We are already a world leader in this sector of medicine incumbent with ancient knowledge and robust distribution channels. This alternative health system has much to offer in this ongoing COVID-19 pandemic and other modern medical issues”.