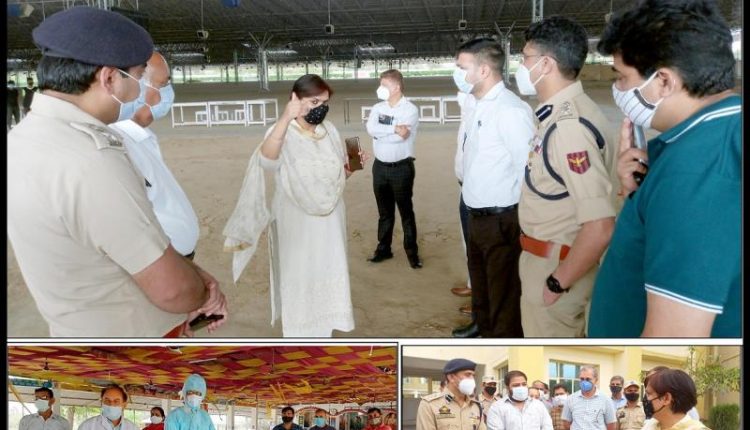 Samba: Radha Swami Ashram at Thandi Khui, Vijaypur has been designated as focal point for sample collection, RTPCR/Rapid testing, segregation and streamlining of all the road travellers for district Samba, Udhampur, Reasi and Jammu.

The testing and sampling of the travellers started in the latter half of the day.

Deputy Commissioner, Samba, Anuradha Gupta, visited the site-campus of the Ashram and held marathon meeting with all the stakeholders and finalized the covid control Plan to be followed at the Ashram.

The Deputy Commissioner Samba, along with SSP Samba, inspected the on-site campus of the Ashram and directed the district officers to follow the complete process of covid control management with great caution. The DC asked the officials not to harass any traveller and listen to their problems patiently.