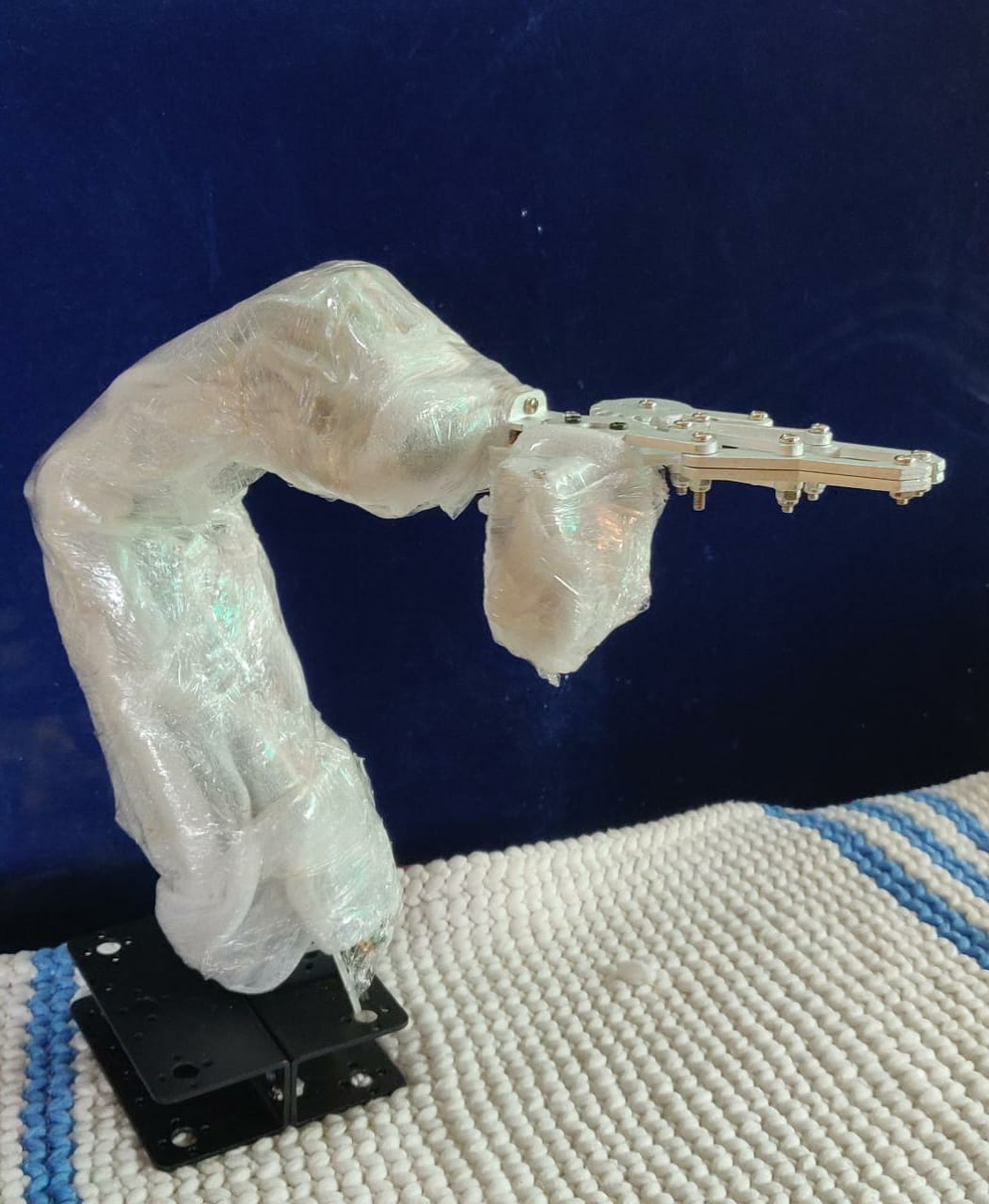 Kozhikode: The fight against the rapidly spreading COVID19 pandemic has received a shot in the arm with an Indian Institute of Management Kozhikode (IIMK) based incubatee start-up’s indigenous robotic intervention. The effort has led to the development of a functional prototype of a robotic swab sample collection arm which can be remotely controlled for safe and speedy swab sample collection process. The startup ispAgro, specializes in drone and robotics technology and is one of the many start-ups mentored by IIMK’s business incubator and entrepreneurship development center, LIVE.

The start-up, which has been seed-funded by the collaborative initiative between IIMK LIVE and Mangalore Refineries and Petrochemicals Limited (MRPL) has developed this robot to replace the manual swab collection process and thereby reducing the COVID19 threat to frontline health workers involved in test sample collection. The robot armed with a 180 degree rotation gripper is extendable upto 1 meter in length. With the android app, a technician can easily operate it and regulate its movement beyond a safe physical barrier. The demonstration video of the swab collection robot is available on link: https://www.youtube.com/watch?v=LekhOA3CH9I&feature=youtu.be

XIM Bhubaneswar strives towards the 35th batch of its…

Speaking on the development, Professor Debashis Chatterjee, Director, IIM Kozhikode added “The unprecedented crisis that the world finds itself in can only be countered by rapid innovations backed by indomitable spirit. The resolve shown by this start-up to come up with this robotic intervention in a short time speaks volumes about how indigenous talents nurtured in a cultivable, creative environment can lead the way in an hour of crisis. Adapting to the emergent situation is also a key trait that will hold a start up in good stead not only for its commercial success but also for its role in greater societal good.”

Adding further, Avinash Rao, Founder – ispAgro Robotics said that the company is planning to enhance the prototype by including AI based operator less control so that the robot can be deployed at the level of Primary Health Centres (PHCs). Camera and Infrared integration for better and faster sampling, Microphone and Speaker integration for two-way communication are also on the cards in addition to an automatic sanitation unit for its arm grippers to ensure complete safety of the person whose sample is being collected.