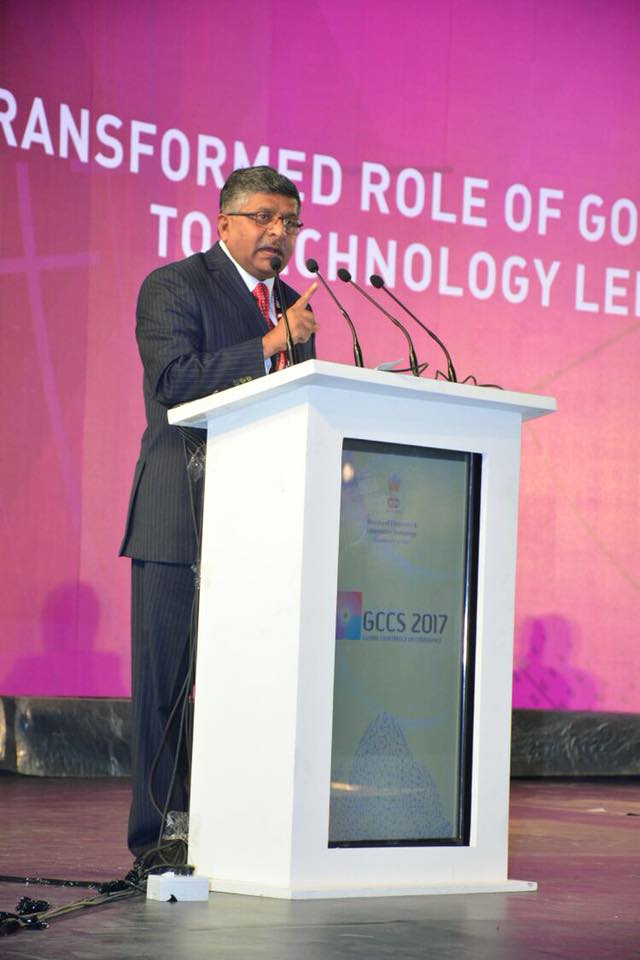 While speaking at the session Shri Ravi Shankar Prasad said, “The real power of Cyberspace is in the economic and social benefits of the digital content, and in the empowerment of the poor, common citizen- which is the only way to ensure both free access to markets and the vindication of vital public interest objectives.”

He went on add that, “Business models are not just being disrupted, they are being totally transformed, and across all sectors. Communication, both interpersonal and professional, has shredded the boundaries of time and space. Nature and structure of governments and its agencies is transforming from reactive to proactive. Today, technology is redefining who we are, how we communicate to our colleagues and peers and how should we work.”

Ministry of Ayush announces flagship event in Gujarat, to be…

“We in India, are trying to create inclusive, safe and secure, cyber space for sustainable development. We recognize that the transformative power of digital technologies can help developing countries leap frog development, and create more effective and participative democracies. Our strategy aims to benefit the weak and the poor, the rural and the neglected segment of society. The emphasis is on looking beyond mere digitization to digital technologies as a means to empower people.

“In the last three years, we have made great strides in digital delivery of services under the flagship initiative of Digital India Programme under the leadership of Prime Minister Shri Narendra Modi. The Digital India programme, based on the three pillars of (i) Digital infrastructure as Utility to Every Citizen, (ii) Governance and services on demand and (iii) Digital empowerment of citizens is a programme to transform India into a digital empowered society and knowledge economy.”